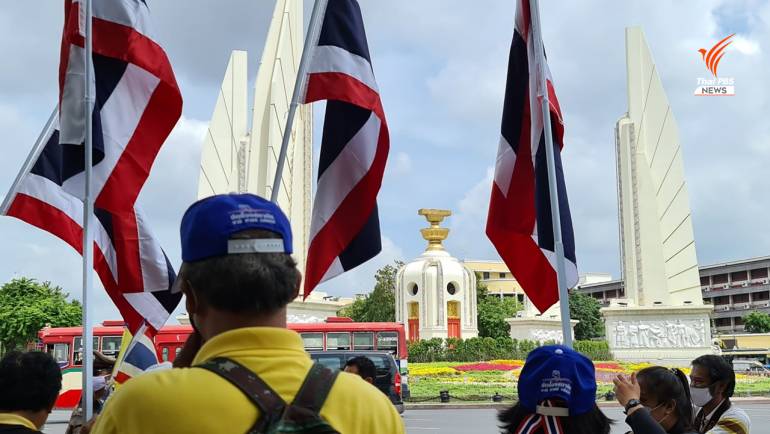 Pro-Monarchy vocational students and the “Free People” protest group rallied at the Democracy Monument Sunday morning, in the first showdown between the rival groups.

They had moved forward their scheduled rallies, apparently to seize space advantage at the location.

Holding tri-colour national flags and yellow flags representing the Thai Monarchy, members of The Coordinating Centre of Vocational Students rallied in front of the Sorn Daeng restaurant, whereas the Free People protesters, who consist mainly of students, demonstrated on the opposite side of Rajdamnoen Avenue, in front of a McDonalds outlet.

Several anti-government protesters were seen exhibiting posters criticizing the Government and the Senate.

Vocational student leader Sumeth Trakulwoonnu gave his assurance that his followers would strictly abide by the law and would not provoke violence.

He added, however, that the group’s rally today was meant to protect the Monarchy and that his people would immediately report to the police if the they found any student activists acting in a way which they deemed to be offending the Monarchy.

Meanwhile, the opposition Pheu Thai party deployed a team of party officials to monitor the rallies and to prevent any physical conflict between the rival groups.

Party secretary-general Anudit Nakorntap said any demonstrators who feel they are being harassed or intimidated by their opponents could lodge a complaint with party members at their field monitoring station or directly with the party around the clock. 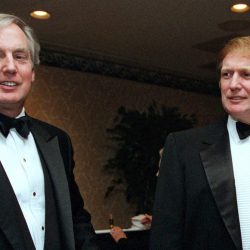