Returning to Thailand – wish fulfilled for new US ambassador

US Ambassador Bob Godec during his visit to the Wat Arun (Temple of the Dawn) over the weekend.

US Ambassador-designate to Thailand Bob Godec is in town and spent his first weekend here visiting notable cultural sites in Bangkok.

According to a post on the US Embassy’s Facebook,  Godec, who was confirmed by US Senate as new US ambassador to Thailand last month, started his Bangkok tour at the Emerald Buddha Temple before taking a walk along the Maharat Road and later a ferry to the famous Wat Arun.

“The Ambassador enjoyed some of Thailand’s famous street food at a noodle shop on Soi Polo and ended his day by offering incense, candles, flowers, and water at the Erawan Shrine. This fulfilled a wish he made at the shrine a few years ago to return to Thailand,” it said.

The US ambassadorial post in Bangkok has been vacant since the departure in January, 2021 of Michael DeSombre, a political appointee of former president Donald Trump. Normally, the ambassador to Thailand is a professional foreign service officer, and the appointment of Godec by President Joe Biden would mark a return to that tradition.

Godec, who until recently served as Senior Coordinator for Afghanistan at the US State Department,  was  Acting Assistant Secretary of State for the Bureau of African Affairs and served as Ambassador to Kenya from 2013 to 2019.

His other positions include Assistant Office Director for Thailand and Burma in the Bureau of East Asian and Pacific Affairs and Director for Southeast Asian Affairs at the Office of the US Trade Representative.

In response to a question during a confirmation hearing of the Senate Foreign Relations Committee in July, he said he would press Bangkok to reduce its dependence on oil and gas from neighboring Myanmar, where the ruling military junta is committing “horrifying atrocities.” 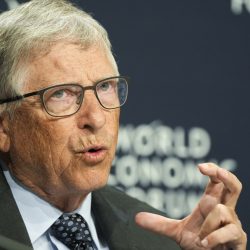