When a child wants to have a remote control boat, most parents would just buy them at a toy store. This family in Ayutthaya, however, is a bit different. As the father built the boat himself, and later on, built some for sell too.

‘Umnard’ and his 9-year-old son ‘Nueng’ are working on their remote control boat together, trying to finish building it to play with it on the pond. The reason that they started to do this is because his beloved son.

Sunan Tondee or ‘Nueng’ said that “Normally, I like to draw vehicles, like motorcycles. My father built a wooden boat for me once. I drew a picture of the boat for him and he bought some wood scraps to build it for me.”

Umnard Tondee, Nueng’s father, told Thai PBS World that Nueng used to be just glued to the smartphone, so he made a schedule for him to limit the screen time. When he’s off the screen, he will find something to do, like making a paper boat and floating it on the water. Umnard looked at his son and it gave him an idea, to find some wood scraps and build his son a boat.

He said “I learned by trial and error, from a ready-made one and the instructions on YouTube. So we tried to remember what we have learned and built our first model.”

Umnard is a full time employee at the Department of Drainage and Sewerage. He built these boats in his spare time and it takes him around 2 weeks to finish one. To date, he has sold more than 100 remote control boats. Most of his clients contact him via Facebook.

“It takes me 1 day to build the skeleton and 2 weeks to complete it, with the motor installation. I have to paint it and let it dry in the sun. It takes around half a month because there are a lot of details on a boat and I want to make it as realistic as possible.” Umnard added.

He said the advantage of building the remote control boat is the valuable time it gives him with his son and, if his son likes this hobby, he said his son can just continue building them by himself. 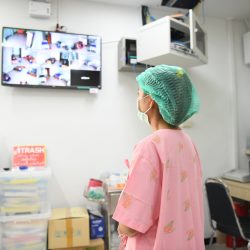 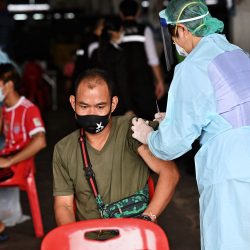