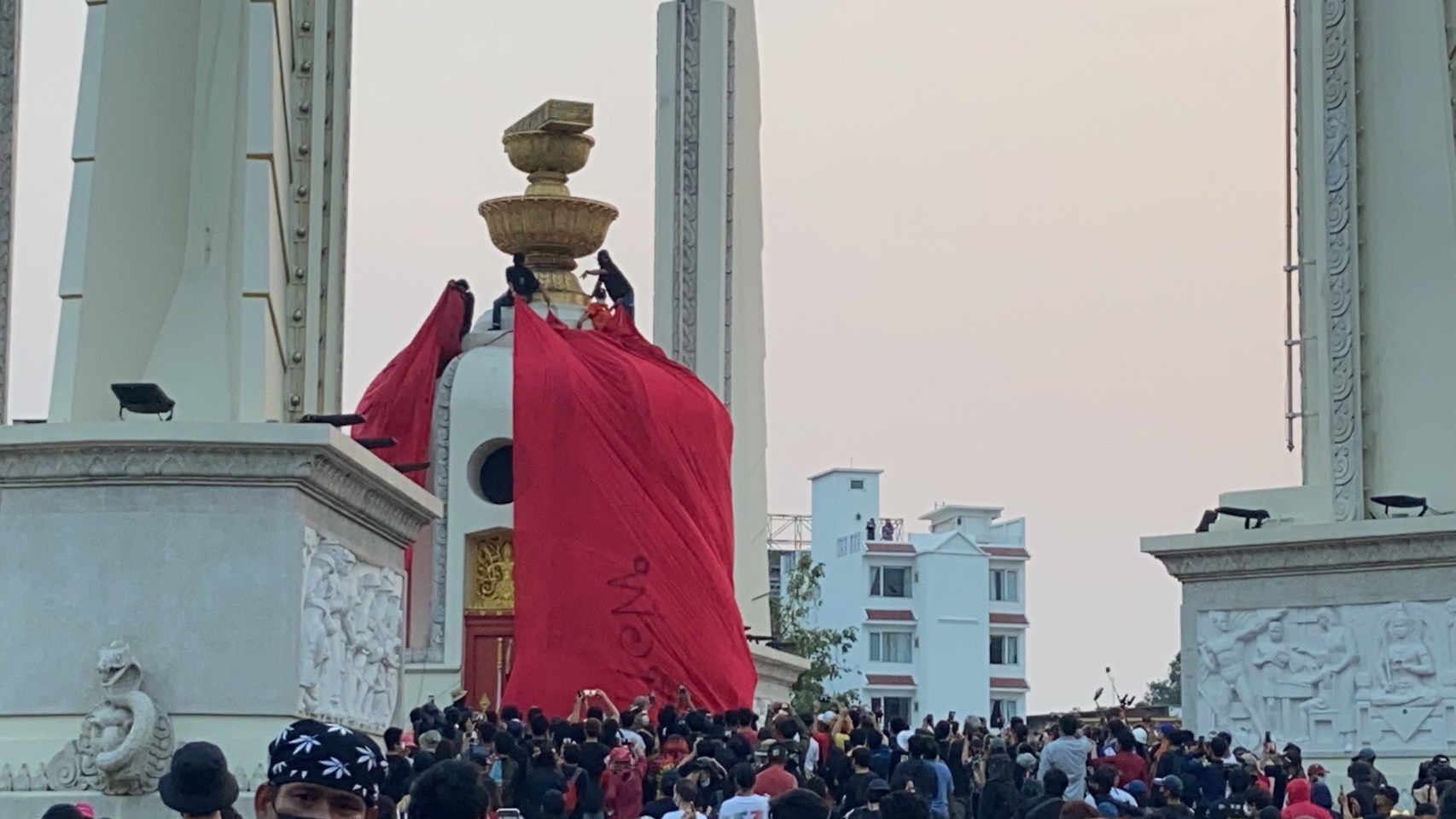 Followers of the anti-establishment Ratsadon group took to Rajdamnoen Avenue, near the Democracy Monument in Bangkok, for protest called “Count One to One Million to Reclaim People’s Power”.

The highlight of this latest political demonstration is a 30 x30 metre red cloth, which was placed on the road as organizers urged people to write their demands to abolish the lèse majesté law on the cloth.

The organizers plan to wrap the cloth around the chedi on top of a concrete mount at Wat Saket later tomorrow, to symbolize their protest against Section 112 of the Criminal Code, or the lèse majesté law.

The administrator of the temple, however, issued a statement yesterday announcing its closure tomorrow for cleaning, a move apparently preempting the Ratsadon followers’ plans.

Ratsadon followers started converging around the Democracy Monument at about 3.20pm, along with a truck mounted PA system, as officers from Samranrat police station began placing iron barricades on the ,o manage traffic and to check the temperatures of people entering the barricaded zone.

Protest leader Panupong Jardnok, alias Mike Rayong, told the media that they are rallying today to “reclaim” the Democracy Monument, after city officials placed tree planters around the venue.

Pol Col Tossaphol Ampaipipatkul, superintendent of Samranrat, speaking through a bullhorn, urged the protesters to disperse, claiming that they are breaching the Communicable Disease Control Act and the Emergency Decree, only to be booed by the protesters in response.

Police reinforcements and water cannons have been placed on standby at the Metropolitan Police Bureau in case they are required.

19:40 Several types of loud and percussive sounds were heard during a scuffle between police and protesters in front of Thailand’s Supreme Court. It is not yet know if the noises were from fireworks, small explosives, munitions or something else. #WhatsHappeningInThailand pic.twitter.com/RVeie10gku 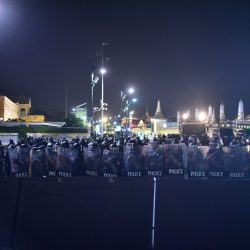