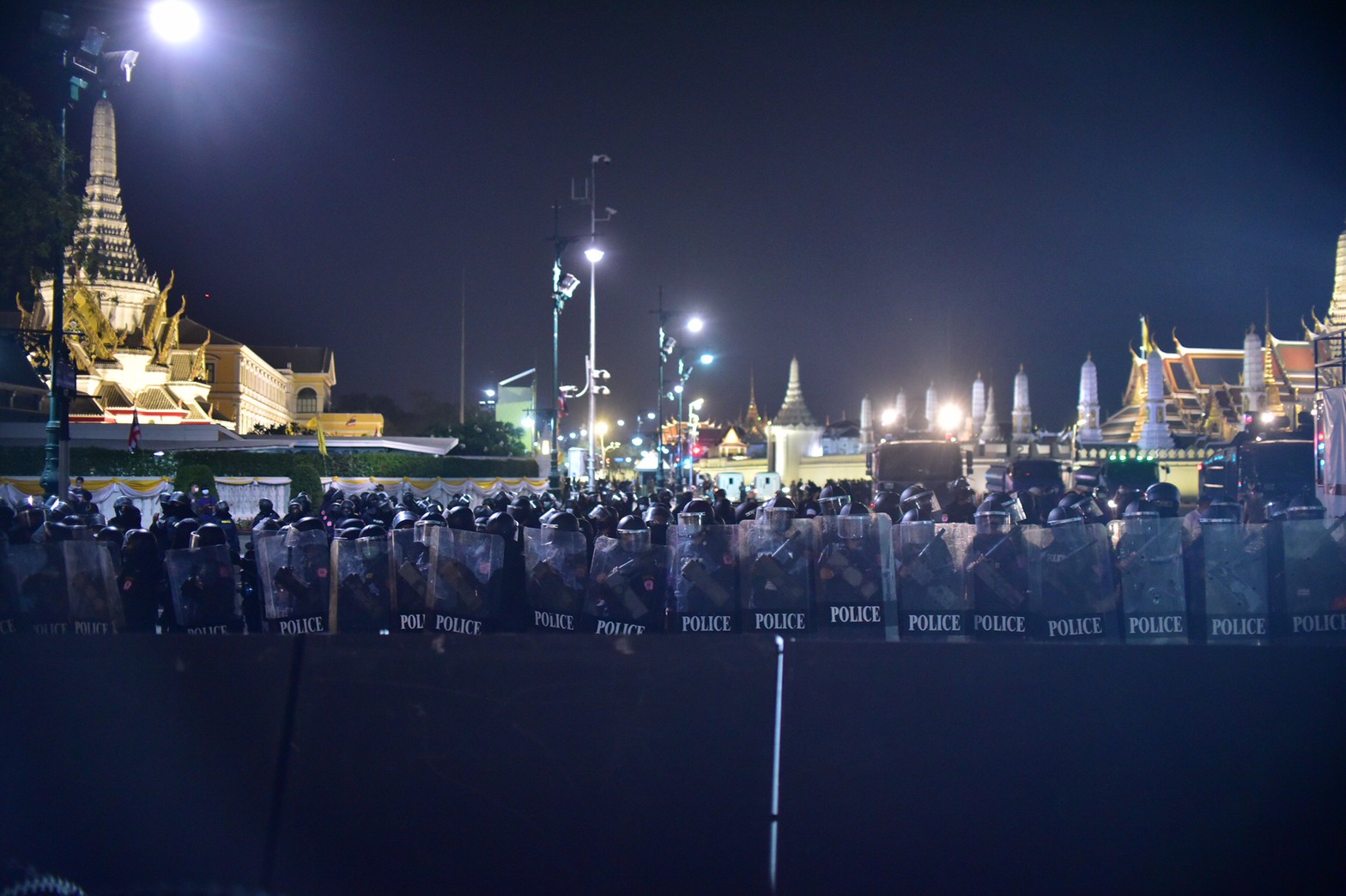 Ratsadon protest leader Atthapol Buapat announced an end of today’s protest at about 8.30pm, but warned that an even larger group would return in a week if their four leaders, currently being held on remand, are not released.

Followers of the anti-establishment group first converged today at the Democracy Monument, where they wrapped the monument in a huge red cloth covered in messages slamming the country’s infamous lèse majesté law and demanding its abolition. 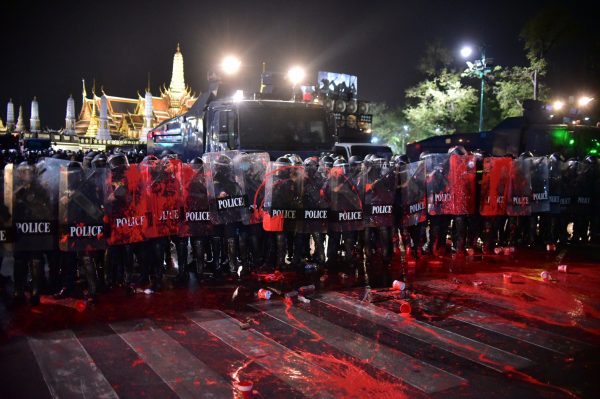 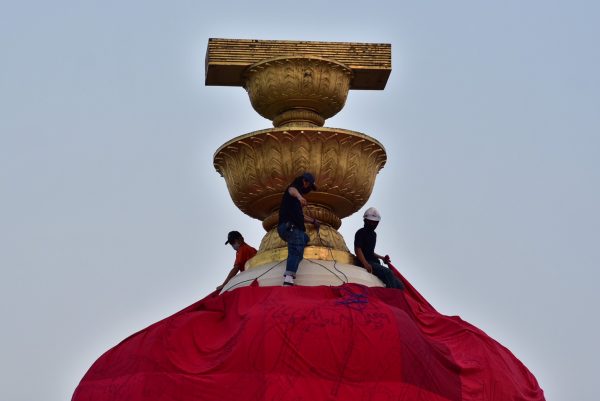 Led by Panasaya “Rung” Sitthijirawattanakul, Panupong Jardnok, alias Mike Rayong, and Atthapol Buapat, the protesters then marched to the City Pillar Shrine, opposite Sanam Luang, reportedly to “reclaim the spirit of the City”.

The protesters were, however, blocked by anti-riot police, who formed a defensive wall to prevent them from entering the City Pillar Shrine compound. The police were backed up by two water cannons.

19:40 Several types of loud and percussive sounds were heard during a scuffle between police and protesters in front of Thailand’s Supreme Court. It is not yet know if the noises were from fireworks, small explosives, munitions or something else. #WhatsHappeningInThailand pic.twitter.com/RVeie10gku

Atthapol negotiated with Pol Col Assavayuth Nootpoom, deputy commander of 6th division of Metropolitan Police Bureau, asking for five representatives to be allowed to pay homage to the shrine.

While the negotiation was in progress, Mike Rayong reportedly told protesters to remove the razor-wire barricade, after police refused to switch off their searchlights. A scuffle ensured between protesters and the police, while smoke bombs, drinking water bottles and firecrackers were hurled at the authorities.

It is not known whether representatives of the protesters were allowed to pay respect to enter the shrine, but, at about 8.30pm, Atthapol announced the end of today’s protest and a said that they would return if their four leaders are not released from Bangkok remand prison.

It remains unclear whether the protesters will proceed with their plan to wrap a huge red cloth around the chedi at Wat Saket tomorrow, as the temple will be closed for cleaning, apparently a move intended to pre-empt the protesters’ plan. 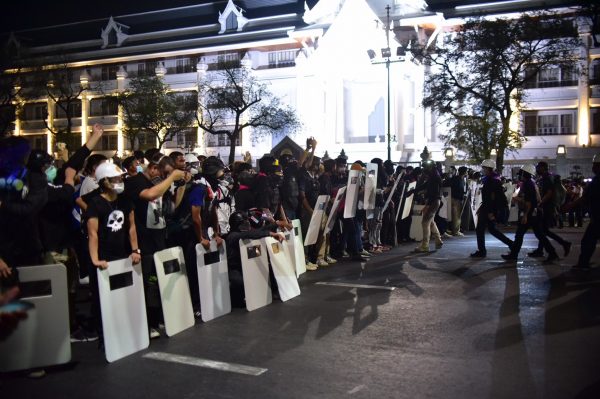 Parit “Penguin” Chiwarak, Anon Nampa, Somyos Prueksakasemsook and Patiwat Saraiyaem are being held on remand on multiple charges, including lèse majesté, for their roles in the protests at Thammasat University and Sanam Luang on September 19th and 20th last year after the Criminal Court denied them bail.

21:20 several protesters being picked up by the police. pic.twitter.com/Y5TN0XDGpx 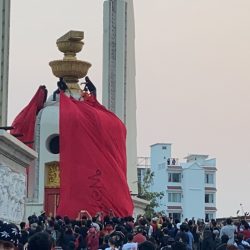 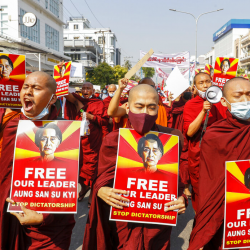