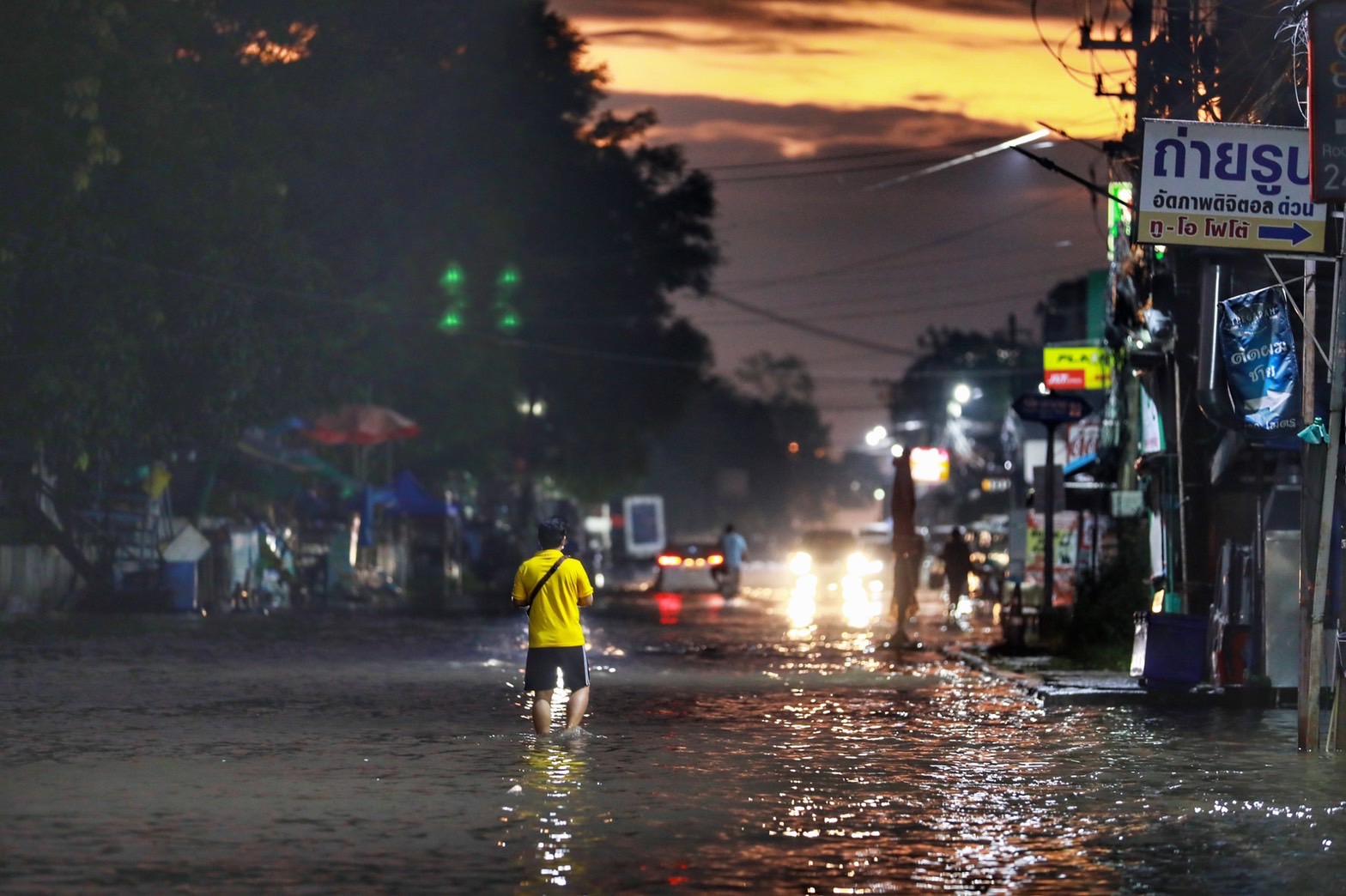 Rangsit municipal administration, in Bangkok’s neighbouring province of Pathum Thani, has set up five temporary shelters in five schools and three car parks after heavy flooding in the municipal area resulting from overflows from the Rangsit Prayoonsak canal. 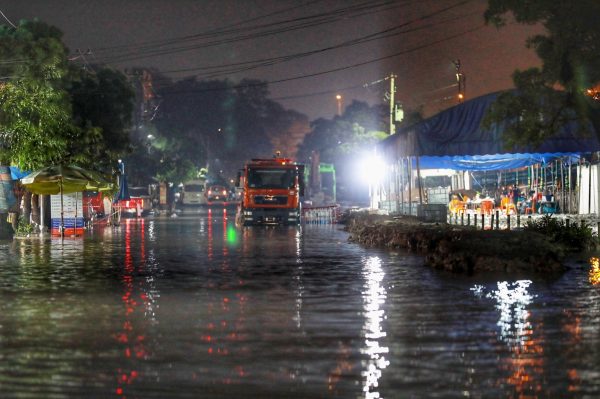 The municipal administration is also providing free sand bags to households to protect their houses after the level in the canal increased by about 1.8 metres yesterday (Thursday).

Red flags are being flown in several areas in the municipality to indicate that people should move their valuables to higher ground.

The municipal mayor, Pol Captain Trelup Toopgrajank, said yesterday that elderly people and bed-ridden patients can ask for help if they want to be evacuated to safer areas.

He said that all of Rangsit municipality is now a “red zone”, meaning that people should be ready for evacuation, as more rain is expected and flooding may get worse. Rangsit Prayoonsak canal has also been receiving water from Nakhon Nayok and Bangkok and it cannot be drained out quickly enough.

The mayor admitted that he has had to seek temporary shelter in an apartment, because his house is heavily flooded. He also expressed concern that the current flooding may get worse, like the massive flooding in 2011 when Bangkok and several central provinces were flooded for over a week.

According to the municipality’s Facebook page, three spots have been reserved for car parking, in case flooding gets worse. They are the 100th anniversary building in Thanyaburi, the elevated toll-way and Soi Rangsit-Nakhon Nayok 30. 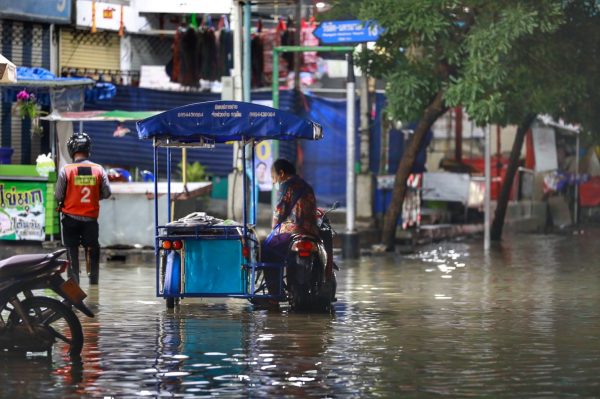 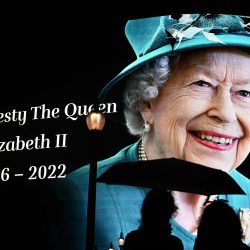 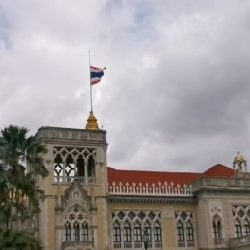