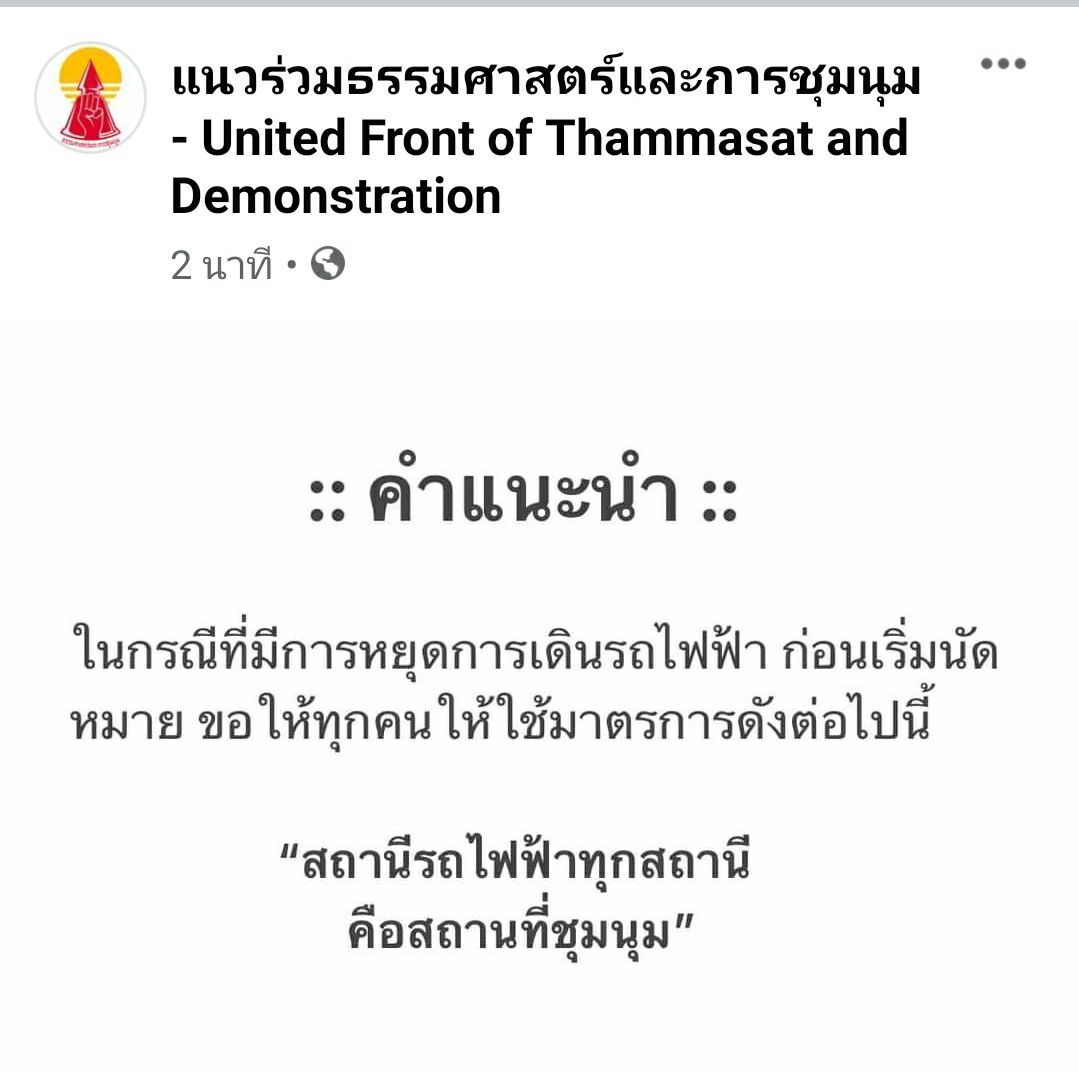 Organizers of the anti-government protest are using the social media to mobilize people to join another rally planned for this evening in Bangkok.

The so-called United Front of Thammasat and Demonstration (UFTD), which represents students opposed to the Prayut government, seems to have emerged as a main coordinator of today’s rally.

The group has been playing an active role in organizing the series of anti-government rallies over the past few months.   The so-called Khana Ratsadorn, the group responsible for the protests at the Government House on Wednesday and at Pathumwan intersection last night, said in a statement this morning that it “no longer exists”.

Khana Ratsadorn was a convergence of several anti-government groups fighting for a new constitution and a removal of Prime Minister Prayut Chan-o-cha.  They also want to see a sweeping reform of the monarchy.

Earlier this morning, UFTD posted a notice onits Facebook page urging people to converge at different BTS stations at 3 pm to prepare to head to a destination which had yet to be decided.

It later posted another notice telling would-be demonstrators to rally at different BTS stations instead in the event that the train service is halted.

There are apparently fears among protest organizers that authorities could have the public transport system suspended to disrupt the rally plan this evening.

“Every BTS station shall be a rally site,” said the notice. 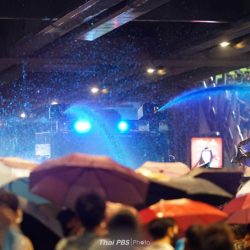 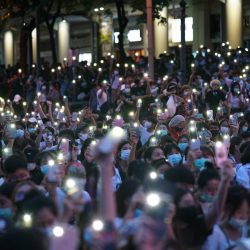