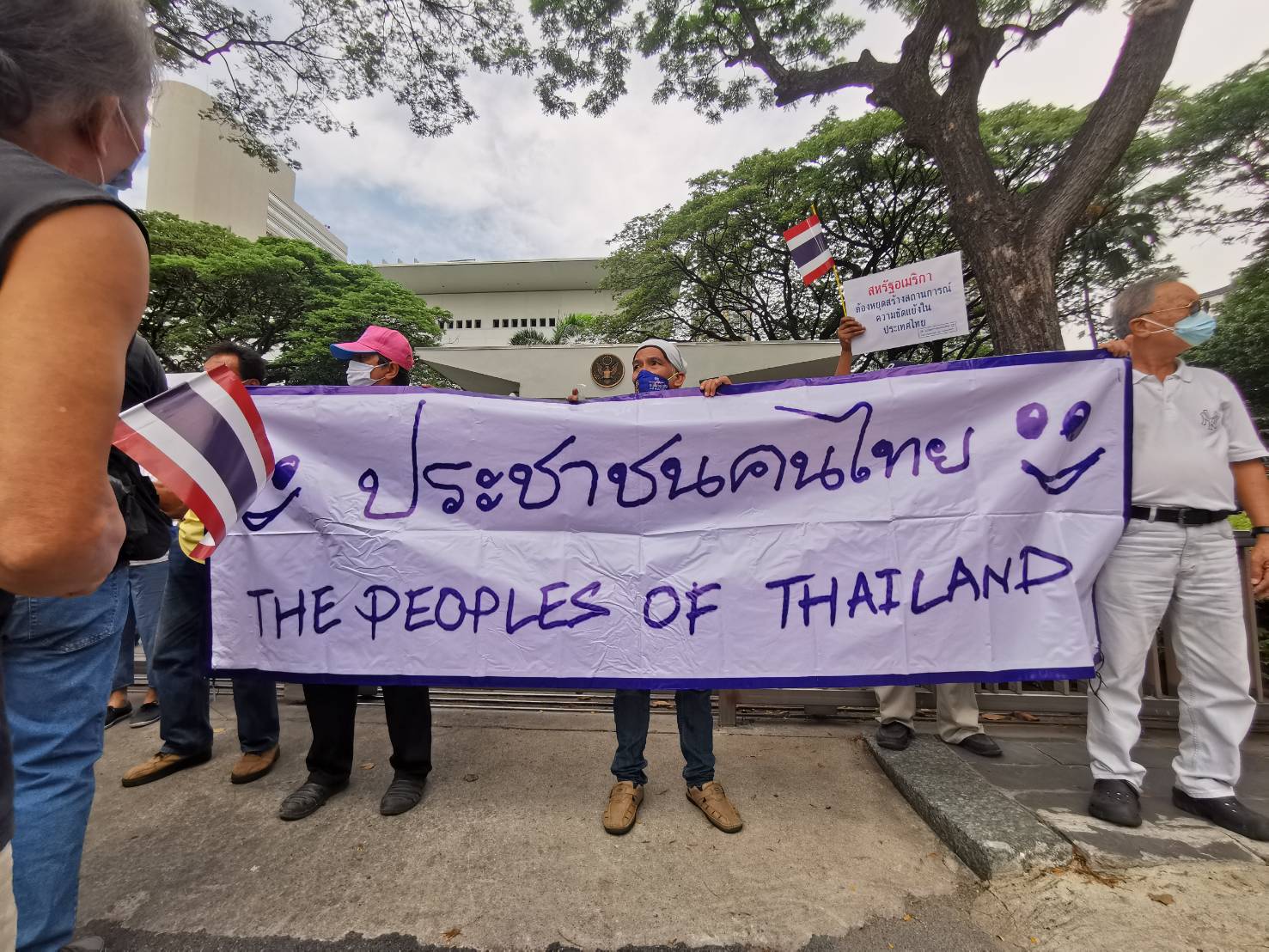 A small group of Thai people rallied in front of the US Embassy in Bangkok this morning (Tuesday), to protest against alleged interference, by some embassy officials, in Thailand’s internal affairs.

Led by Mr. Nitithorn Lumlua and Pichit Chaimongkol, the “Peoples of Thailand” group handed a protest letter to an embassy official. 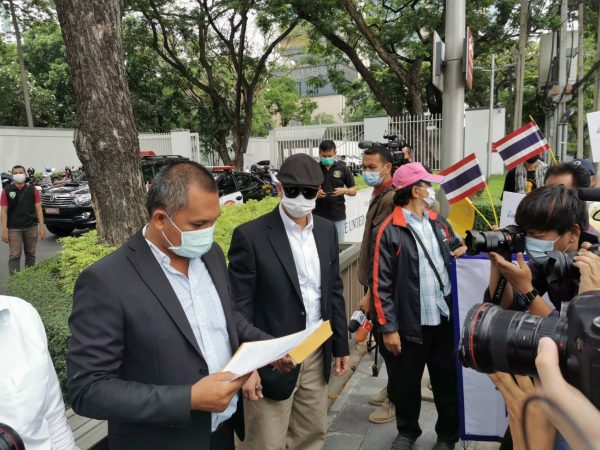 Then Mr. Pichit read a statement in front of the embassy, accusing some of its officials of interfering in Thailand’s political affairs, to fuel political conflict and put pressure on Thailand, under the pretext of the democratisation and human rights, which the group deems to be an attempt to destabiliseThailand’s national security. 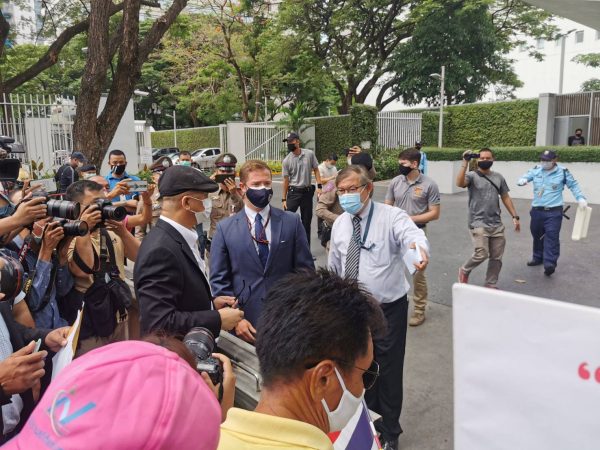 No untoward incidents were reported during the brief demonstration. 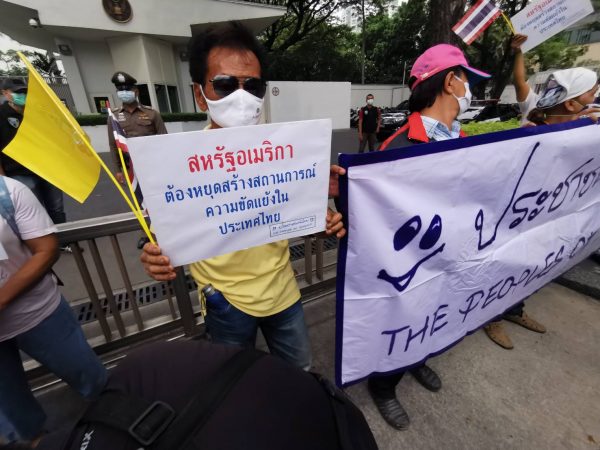 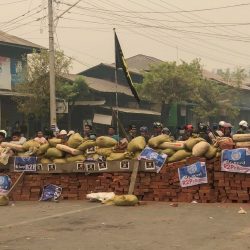 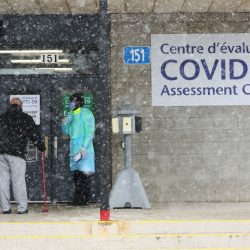 Canada to spend big to 'punch way out of Covid recession'