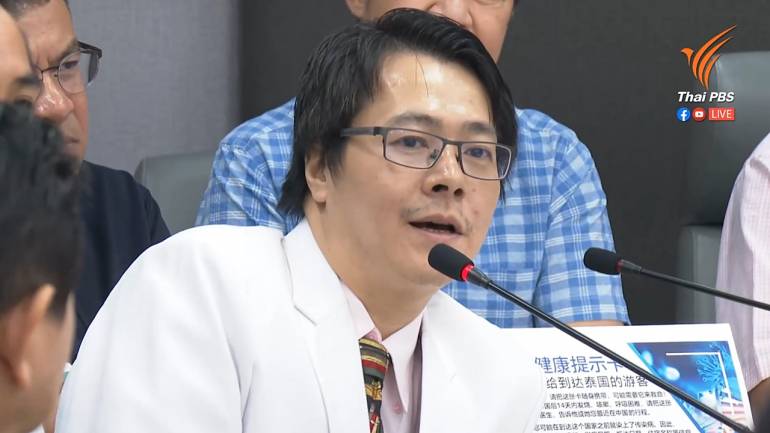 Thailand’s Rajavithi Hospital has announced the successful treatment of a severe case of novel coronavirus infection, using a cocktail of anti-viral medications, normally used to treat HIV/Aids and influenza.

The 71-year old Chinese woman fell seriously ill, suffering from lung inflammation and pulmonary oedema, and had to be put on a respirator when she was transferred to the Ministry of Public Health’s Rajavithi Hospital.

About 48 hours later, Dr. Kriangsak Atipornwanich, one of the doctors involved in the treatment, said that her condition had improved rapidly and satisfactorily.

“Her blood tested negative for coronavirus within just 48 hours, which is a very good sign,” said Dr. Kriangsak, adding that she can eat and her fever has reduced.

Citing medical journals, Professor Dr. Suebsai Kongsaengdao said that this cocktail of anti-viral medications has been used before in the treatment of other coronavirus species, and that the specific formula used to treat this patient was developed by doctors at Rajavithi Hospital.

He noted that the dosage of the medication depends on the condition of each individual patient.

Dr. Kriangsak said that, from medical reports, the team knew that Chinese doctors had used anti-HIV/Aids medication in the treatment of coronavirus and MERS cases in the past.

As for the case of the Chinese woman, he said that a high dosage of the anti-viral cocktail was administered because of her severe condition.

Just 12 hours after administration of the cocktail, Dr. Kriangsak said the patient, who appeared fatigued when she was admitted, could sit up and her body temperature dropped adding that, after 48 hours, her blood test showed a negative result for the presence of coronavirus.

Despite the significant improvement in her condition, he cautioned that more study is needed before this treatment can be used as a standard treatment for the infection.

Dr. Kriangsak said that the use of anti-viral medication in China was not successful in treating novel coronavirus cases because doctors there did not combine anti-HIV drugs with anti-flu Oseltamivir.

He disclosed that a similar treatment is being used on a Thai tourist who was infected with the virus in Japan.

Indonesia bars entry to visitors from China amid evacuation protest