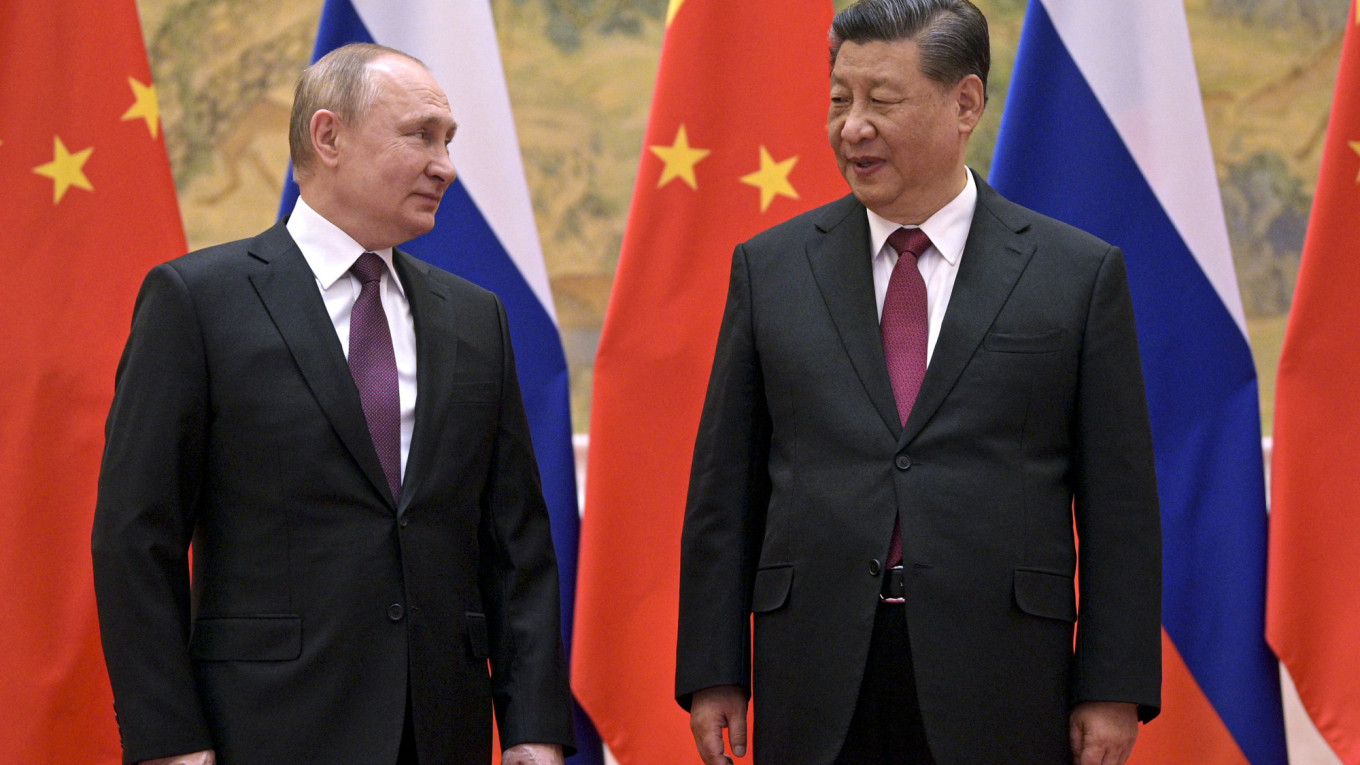 Russia’s Vladimir Putin and China’s Xi Jinping gather with other Asian leaders in the ancient Silk Road city of Samarkand from Thursday for a regional summit touted as a challenge to Western global influence.

Xi and Putin will be joined by the leaders of India, Pakistan, Turkey, Iran and several other countries for the meeting of the Shanghai Cooperation Organisation (SCO) in the Uzbek city on Thursday and Friday.

The main summit day will be Friday, but it is a meeting of the Russian and Chinese leaders on Thursday that will be the most closely watched.

For Putin, the summit is a chance to show that Russia cannot be isolated internationally, at a time when Moscow’s forces are facing major battlefield setbacks in Ukraine.

For Xi — on his first trip abroad since the early days of the coronavirus pandemic — it is an opportunity to shore up his credentials as a global statesman ahead of a pivotal congress of the ruling Communist Party in October.

And for both leaders, the summit will be a chance to thumb their noses at the West, especially the United States, which has led the charge in imposing sanctions on Russia over Ukraine and angered Beijing with recent shows of support for Taiwan.

“All members of the SCO stand for a just world order,” he said, describing the summit as taking place “against the background of large-scale geopolitical changes”.

Entry to Samarkand, a city of grand tiled mosques that was one of the hubs of Silk Road trade routes between China and Europe, was restricted in the days ahead of the summit, with its airport shut to commercial flights.

The streets and even its famed markets stood largely empty as AFP journalists visited on Wednesday, and schools were to be closed for the two days of the summit.

Security was tight across the city, with a huge police presence on the streets and armoured vehicles parked downtown.

The SCO — made up of China, Russia, India, Pakistan and the ex-Soviet Central Asian nations of Kazakhstan, Uzbekistan, Kyrgyzstan and Tajikistan — was set up in 2001 as a political, economic and security organisation to rival Western institutions.

It is not a formal military alliance like NATO or a deeply integrated bloc like the European Union, but its members work together to tackle joint security issues, cooperate militarily and promote trade.

The summit’s main joint session will be on Friday but much of the focus will be on bilateral talks.

Iran is an SCO observer state and Erdogan has been a key broker in deals between Russia and Ukraine on issues like grain shipments.

It was not clear who Xi might meet separately, though talks with Modi would be their first since 2019, after relations between China and India turned frosty over deadly fighting in 2020 on their disputed Himalayan border.

Xi arrived in Kazakhstan on Wednesday for the start of his Central Asian tour, holding talks with President Kassym-Jomart Tokayev.

Formerly Cold War allies with a tempestuous relationship, China and Russia have drawn closer in recent years as part of what they call a “no-limits” relationship acting as a counterweight to the global dominance of the United States.

Xi and Putin last met in Beijing in early February for the Winter Olympic Games, days before Putin launched the military offensive in Ukraine.

Beijing has not explicitly endorsed Moscow’s military action, but has steadily built economic and strategic ties with Russia over the six months of the conflict, with Xi assuring China’s support of Russian “sovereignty and security”.

Russia has in turn backed China over Taiwan, calling US House Speaker Nancy Pelosi’s visit to the island this summer a “clear provocation”.

There were more signs of ties being bolstered in recent weeks.

Beijing sent hundreds of troops to take part in joint military exercises in Russia’s Far East, and Moscow recently announced that China would be switching from US dollars to yuan and rubles to pay for deliveries of Russian natural gas.