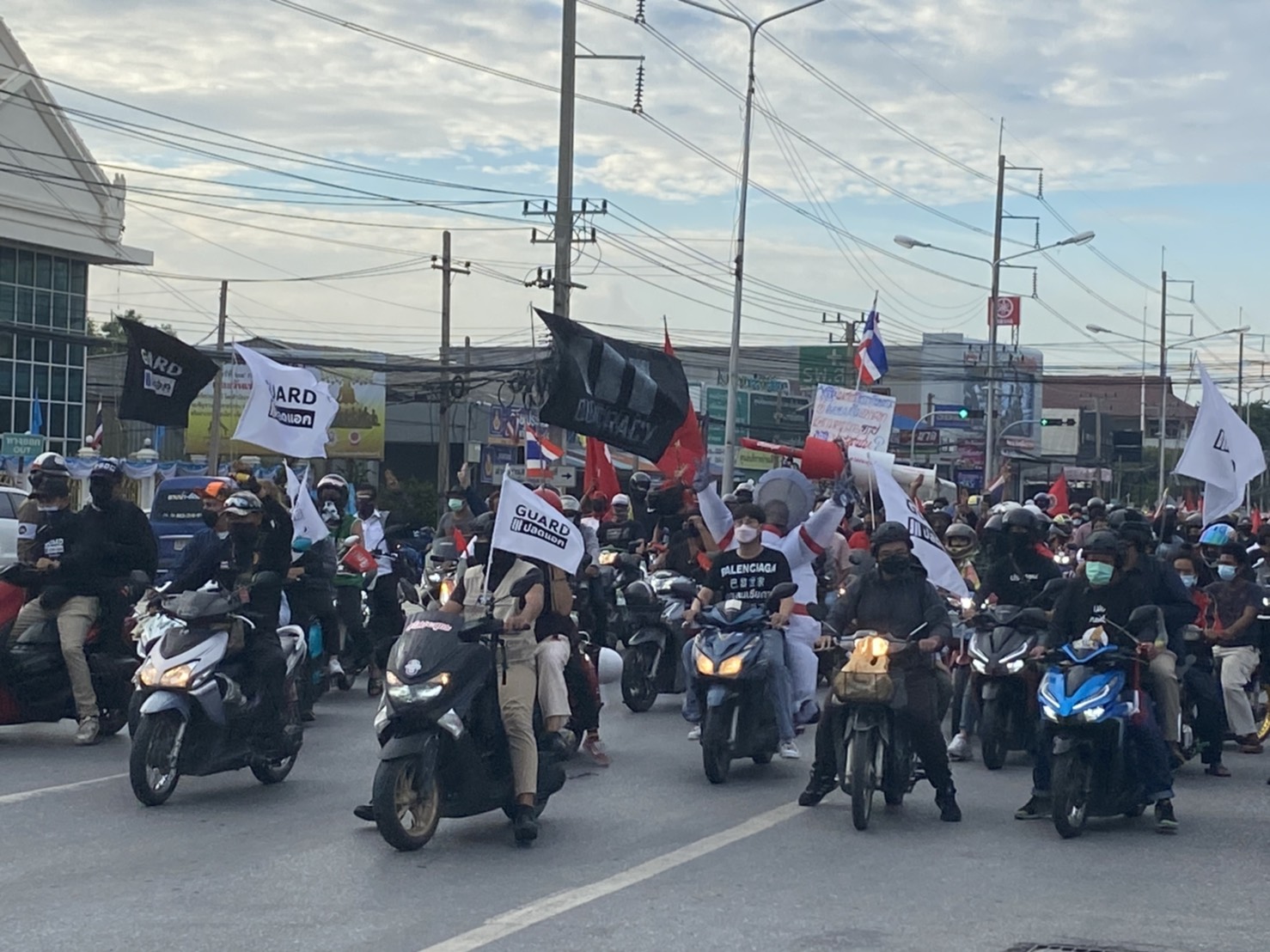 Leaders of the anti-government “car mob – call out” protests are calling for a prolonged protest at Asoke-Sukhumvit intersection in Bangkok, starting this Thursday, to force the resignation of Prime Minister Prayut Chan-o-cha.

The protest will coincide with the censure debate in parliament against Prime Minister Prayut Chan-o-cha and his five other ministers, scheduled for August 31st to September 3rd.

Yesterday (Sunday), led by former United Front for Democracy against Dictatorship (UDD) leader Nattawut Saikua and Sombat Boonngamanong, a political activist and vocal critic of the prime minister, protesters in cars and on motorcycles converged on the underpass at Kaset intersection at about 2pm, before the convoy moved slowly to Suan Theppathum in Pathum Thani province.

About 30 minutes after arriving at their destination, at about 6.15pm, Sombat took to the podium to address the protesters, saying that he volunteers to face prosecution for leading the protest, in place of Nattawut whom, he added, is already loaded with multiple charges by the police.

As opposition parties are due to censure government, Sombat said that the people should hold a political event on September 2nd and remain there until the prime minister resigns.

Nattawut, meanwhile, said that yesterday’s rally was the last “car mob” protest, after which the protesters will rally “in the middle of Bangkok to claim our ownership of the country.”

Yesterday’s protest ended at about 7pm. 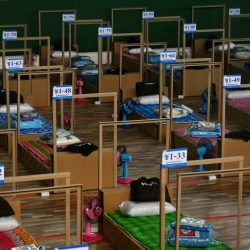 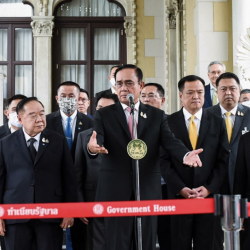