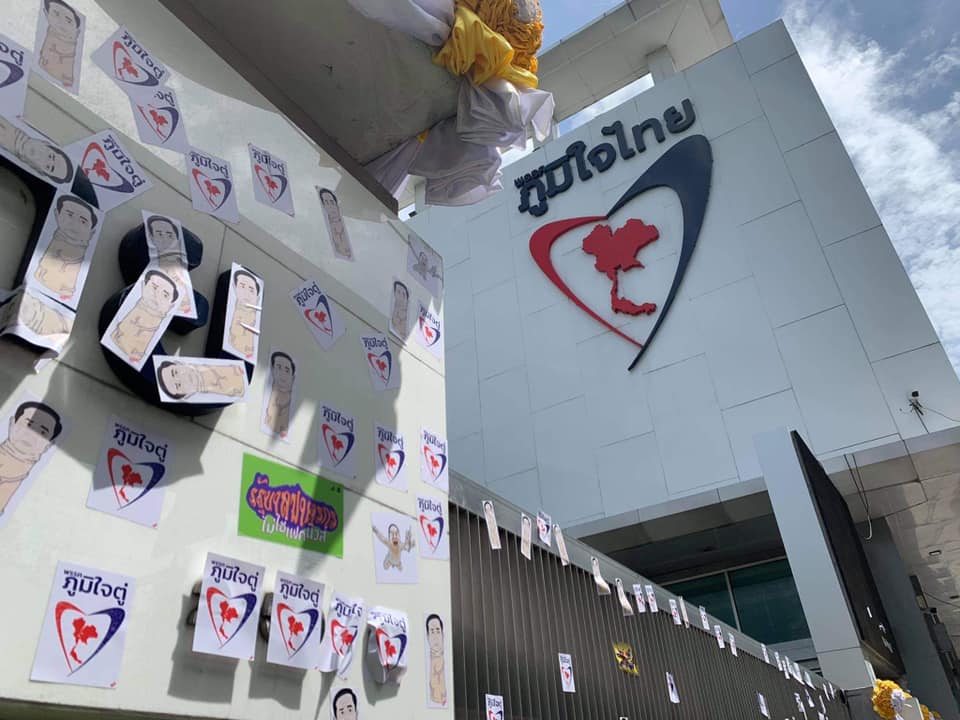 Anti-government protesters, who call themselves the “Talu Fah” group, gathered in front of Bhumjaithai party’s head office in Bangkok today (Friday), demanding that the party withdraw from the coalition government.

The protesters, led by Jatupat Boonpattararaksa, aka “Pai Dao Din”, read out a statement, demanding Bhumjaithai leave the coalition, saying its participation has helped sustain the government, while noting the failures in the government’s handling of the COVID-19 pandemic.

After issuing a 10-minute deadline for a party representative to accept the letter, the protesters began to paste stickers of the party’s logo, which included a satirical comment that reads “Bhumjai Tu” – referring to the Prime Minister Prayut Chan-o-cha’s nickname.

They also went as far as throwing red paint at the party’s head office entrance. Many of them were shouting for the prime minister to resign.

During the demonstrations, the chief of Bang Khen police station announced that the protesters were violating the state of emergency decree and asked them to disperse.

Later, they all moved to the head office of the Palang Pracharat (PPRP) and Democrat parties, leading to traffic jams during the demonstrations.

Bhumjaithai is the second largest government coalition party, after the PPRP. Its leader is Deputy Prime Minister and Public Health Minister Anutin Charnvirakul. 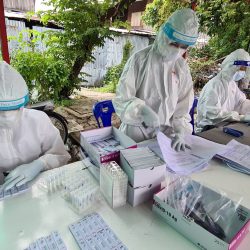 39,500 COVID-infected people are in home or community isolation 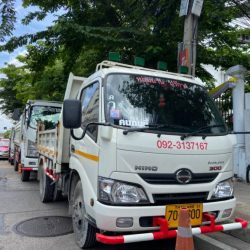