Protest leader Penguin and another surrender to police for questioning 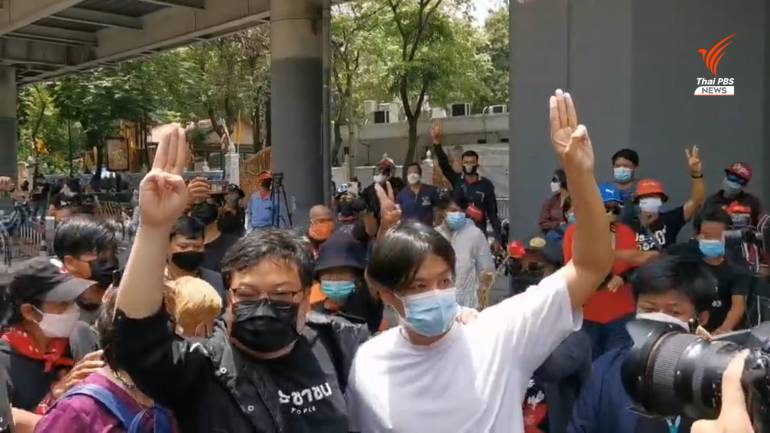 Anti-establishment Ratsadon group leader Parit “Penguin” Chiwarak and another member of the group, Nutchanon Pairote, reported to the police at the Royal Thai Police HQ in Bangkok this afternoon (Sunday), in response to arrest warrants issued by the Tanyaburi provincial court in Pathum Thani province.

The warrants for their arrests were requested by the Khlong Ha police, in Khlong Luang district, for alleged offences committed in front of the Region 1 Border Patrol Police Command while demanding the release of 31 members of the “Ban Talu Fah” group held inside the police compound.

Parit told his supporters, in front of the Royal Thai Police HQ, that if he is not released on bail today, they should go ahead with the planned protest, organized by the “United Thammasat for Demonstration”, on Tuesday at Ratchaprasong intersection. He also said that he would not attempt to escape.

At about 2.40pm, Parit and Nutchanon were escorted to Khlong Ha police station, to be questioned further by officers there.

The fiery Ratsadon leader said in his Facebook post on Friday that police were waiting in front of his house and that he might not be able to join the protests yesterday, organized by the Free Youth movement, originally at the Democracy Monument.

The protesters were forced to change their target, from the Grand Palace to the First Infantry Region barracks, where Prime Minister Prayut Chan-o-cha has taken residence, after they were blocked by the police.  Clashes broke out at Din Daeng intersection between the police and protesters as they tried to break through the barricade, prompting the police to respond with teargas and then rubber bullets.

One police detention truck was set on fire, allegedly by protesters. 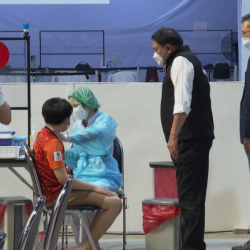