Protest casualties a result of police brutality or work of ‘third hand’? 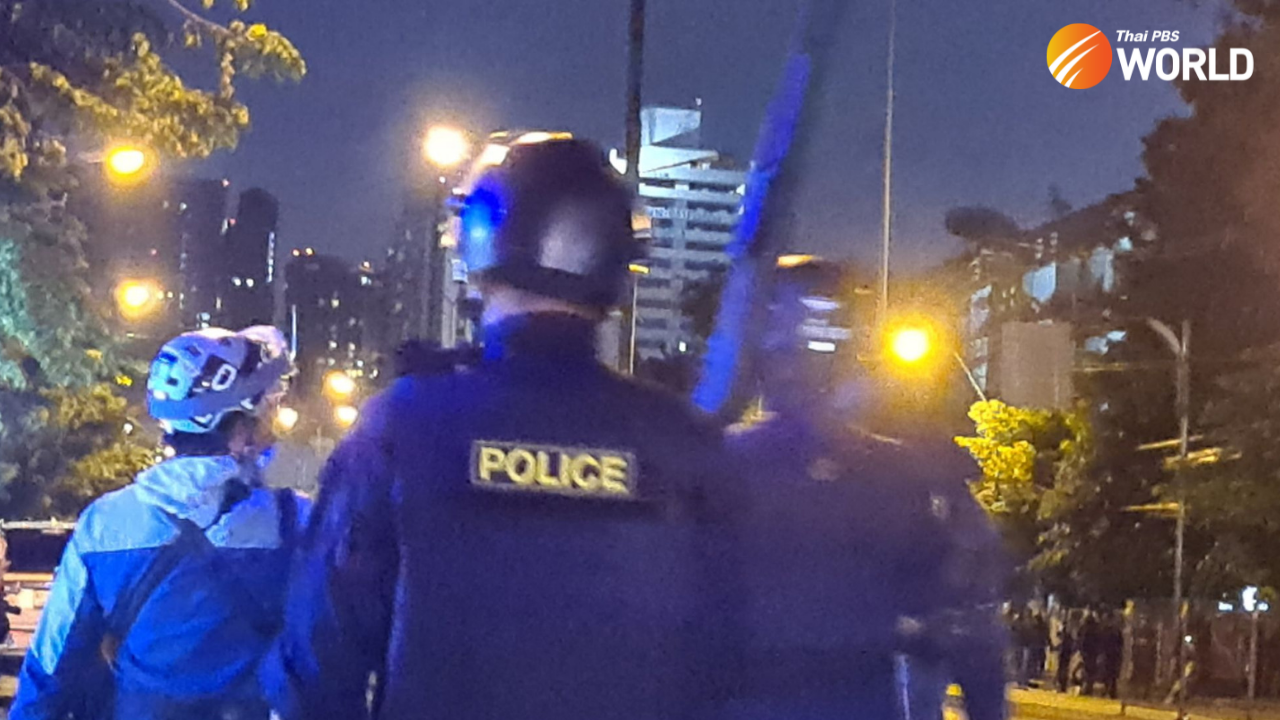 Police are under fire over their handling of anti-government protesters who have taken to the streets almost daily since early this month.

The methods being used by police are viewed as violent and threaten to result in legal action against key government figures and authorities, as in previous protest waves.

However, police are also being criticized for failing to prevent protesters from burning and destroying state property like police vehicles and traffic control kiosks.

Whether from police brutality or just inefficiency, recent protests have also left both protesters and crowd-control officers with serious injuries — including bullet wounds.

Hundreds of protesters have joined what their leaders call “car mob” rallies, which began on August 1 and have been held almost every day since. Initially, protesters drove cars through the streets honking their horns in symbolic opposition to the government’s handling of the COVID-19 epidemic and economic fallout. On later days, most protesters came on motorcycles — which allow better mobility.

Their demand is that Prime Minister Prayut Chan-o-cha resign to take responsibility for his government’s perceived failures in managing the crisis. Protesters have largely dropped their earlier demand for reform of the monarchy, in an apparent attempt to woo support from royalists disillusioned with Prayut after his seven years in power.

Many protesters — most of them young men — were involved in clashes with crowd-control police armed with batons and shields, teargas, and rubber bullets, and occasionally using water cannons. Their supporters, including some opposition politicians, said protesters were attacked by the police despite coming with “bare hands” or no weapons.

However, critics point to videos and photos of protesters firing slingshots and hurling firebombs and firecrackers at police, as well as setting fire to police vehicles and kiosks — acts viewed as attempts to provoke the police. Some protesters were also arrested for possessing small homemade explosives known as “ping-pong bombs”.

These angry young men, calling themselves an “independent mob”, often become active in the evening after protest leaders declare their rallies over for the day. Their violent acts have been disavowed by the main Thalu Fah (Through the Sky) group of student-led protesters.

Serious injuries were inflicted over the past week during daytime rallies and nighttime post-protest incidents. Some protesters and crowd-control police were left with gunshot wounds.

Investigations are underway but it remains inconclusive as to who was behind the use of firearms. Many are pointing their fingers at the police, although some academics and observers say it could be the work of a “third hand” with intent to aggravate the situation.

Tanat Thanakitamnuay, a protest leader from a wealthy family, was left blind in one eye after being hit by a projectile while addressing a crowd. The mysterious object is suspected to be a tear-gas canister or rubber bullet although no conclusive proof has been found.

His family announced on Thursday (August 19) that they would take legal action against “all the relevant individuals and agencies” they deem responsible for the police’s “excessive use of force” in dealing with “peaceful protests”.

In other incidents, a teenager was shot in the neck by a live bullet that remains lodged in his brain stem, plunging him into a coma.

Two other teenagers suffered bullet wounds — one in his shoulder and the other in the foot.

Amnesty International on August 19 asked Thai authorities to “urgently investigate the shootings of these child protesters, including any unlawful use of firearms”.

At least two online petition campaigns have been launched on the Change.org website for legal action and punishment against those involved in the crackdown. The campaigners wrote that the measures taken violate international standards for dealing with protesters.

The campaigns, launched separately by “Protect the Protesters” and the Human Rights Lawyers Association, had each attracted over 13,000 supporters as of press time.

Anti-government Talufah protesters rallied at Bangkok’s Democracy Monument and held sports events, using Ratchadamnoen Avenue as a venue for a soccer match, this afternoon (Sunday). Some of the protesters scaled the monument to place a flag at the top.

The Metropolitan Police have insisted they are following international standards in dealing with protesters. They denied that Tanat’s injury was caused by a tear-gas canister, saying the wound inflicted to his eye socket resembled that of a crowd-control policeman injured by a slingshot.

Regarding international standards, the United Nations’ “Resource Book on the Use of Force and Firearms in Law Enforcement” states that force may be used to disperse an assembly when it is necessary, with plastic/rubber bullets, tear gas or water cannon, although those forceful methods of crowd control “must be strictly regulated”.

The guideline is issued by the UN Office on Drugs and Crime and Office of the UN High Commissioner for Human Rights.

Allegations of police brutality against protesters were made last year when thousands of mostly young people took to the streets calling for PM Prayut’s resignation, a new constitution, and reform of the monarchy.

Under previous administrations, crackdowns on anti-government protests led to deaths and injuries, which in turn prompted legal action against authorities and officials in charge, including incumbent prime ministers.

However, those held responsible for the deadly crackdowns managed to escape penalties.

Likewise, ex-premier Abhisit Vejjajiva, his deputy Suthep Thaugsuban, and then Army chief General Anupong Paochinda were cleared of malfeasance over the 2010 crackdown on red-shirt protesters.