The public prosecutors have decided not to indict Future Forward party leader Thanathorn Juangroongruangkit and two other party members on charges of spreading false information to discredit members of the governing coalition, by claiming that some of its members were attempting to lure members of the other parties to defect from the Opposition.

The police charges against Thanathorn, Mr. Klaikong Waithayakarn and Ms. Jaruwan Sarunkate, registrar and executive member of the Future Forward party respectively, were related to the live stream of a talk show on June 29th 2018, during which Thanathorn criticized the now-defunct National Council for Peace and Order for using its powers to entice other party members to join Palang Pracharat, the government’s core party.

Mr. Krisdang Nutcharas, a lawyer representing the three accused, said he was informed by the public prosecutors that they decided not to proceed with the cases.

The prosecutors’ ruling will be forwarded to the national police chief, Pol Gen Chakthip Chaijinda for consideration and, if the latter agrees with the ruling, then the case is over. If the police chief insists, however, on pursuing the case, then he will have to submit a written rebuttal to the attorney-general, said the lawyer. 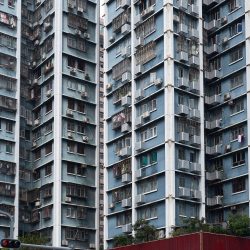 Global problems, housing and land shortages : Is there a solution?