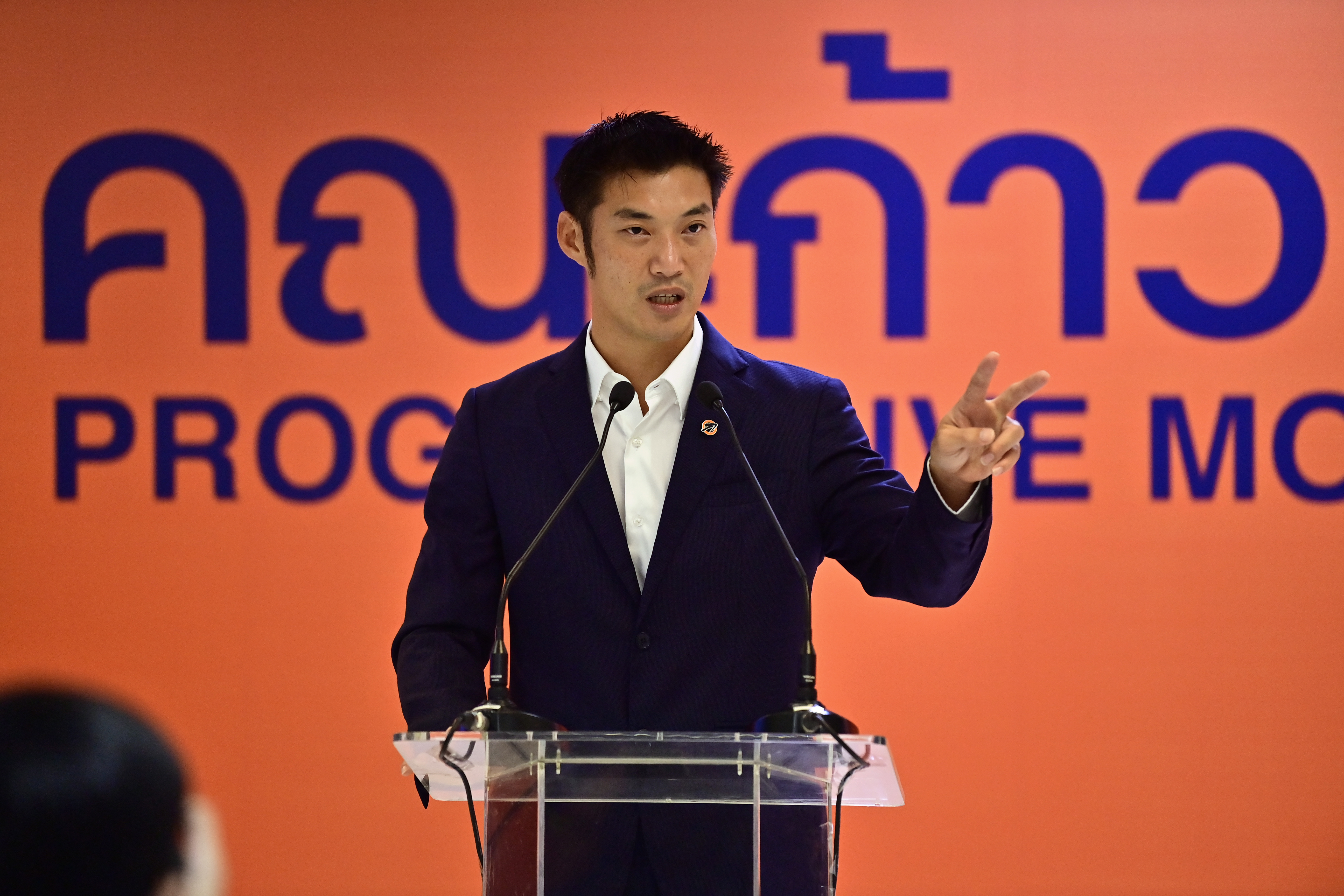 Thanathorn Juangroongruangkit, founder of the now-dissolved Future Forward Party, speaks during a press conference in Bangkok on January 21, 2021, after he was accused on Wednesday of contravening Thailand’s strict royal defamation lese majeste laws by posting a video criticising the government’s Covid-19 coronavirus vaccine strategy. (Photo by Lillian SUWANRUMPHA / AFP)

The opposition party and pressure group that were resurrected from the disbanded Future Forward Party are setting their sights on different political targets — in a two-pronged move to win the hearts and minds of Thai voters.

While the Move Forward Party is eyeing national elections and the Bangkok gubernatorial polls, the Progressive Movement is campaigning to woo grassroots voters at local administrative organization elections.

Thanathorn and other Future Forward executives formed the Progressive Movement after their party was dissolved by court last year for exceeding legal donation limits.

The verdict, handed down in February 2020 by the Constitutional Court, also banned party executives from politics for 10 years.

However, the ban only applies to national politics, as the law does not bar banned politicians — the Future Forward ex-leader included — from local politics or helping candidates campaign for local elections. In contrast, the law prohibits serving MPs, senators and other political officeholders from interfering in local elections and acting to help or hinder local candidates.

“Thanathorn’s intention is to lead [the country] but he is banned from politics and cannot become prime minister [during the 10-year ban]. Local politics offer him the chance to display his capability [in administration] and prove that he can do it well,” Stithorn said.

However, critics point out that his Progressive Movement has fallen far short of success in its debut at local elections over the past year.

Late last year, the group failed to win any of the 42 elections it contested for chief executives of provincial administrative organizations in 76 provinces. Its detractors called the failure a “landslide loss”.

However, Progressive Movement did better in mayoral elections early this year. It ran for mayor in 106 of the 2,472 municipal councils nationwide, managing to win 16 seats and getting 15 per cent of candidates elected.

The group’s leaders described the victory as an important success among local electorates, but observers said winning 38 out of 5,300 seats up for grabs nationwide was insignificant.

Some observers credited Progressive Movement’s improved performance at the SAO elections to its shift in campaigning strategy — widening its target from young voters and abstract issues like democracy, rights and freedom, to middle-aged/working-age people and concrete issues like the economy and quality of life.

Thanathorn said victory in many SAO elections proved that his group had successfully connected with people in rural areas, extending its appeal beyond cities where its young supporters live.

He also voiced confidence that Progressive Movement now had a support base in all regions of the country, and not just the Northeast where its candidates won many recent local elections.

“We won SAO elections in the Northeast because we could show people that [what we did for] local politics helped improve their lives,” Thanathorn said.

Stithorn believes Thanathorn can offer advice, ideas and policies to his group’s mayors and SAO chiefs, showing how they can improve society and move away from old-style paternalistic politics.

The Progressive Movement can now use their local executives’ successes as evidence that it makes positive changes to Thai society, Stithorn said.

Their party may benefit

Meanwhile, the group’s success in local elections is likely to help boost Move Forward’s popularity in future general elections. However, that boost may not be visible at the national vote expected next year, the analyst said.

“There is a chance … but [Progressive Movement] needs to work hard and get serious in its areas to prove how its model of running local administrative organizations differs from others,” Stithorn said.

“If they can create improvements in local administrations and show solid proof, especially in provinces where their candidates become council executives, the model can be adopted to win success for Move Forward [at the general election] too.”

The analyst added that Progressive Movement members in local administrative councils should play an active role in scrutinizing executives for potential irregularities or corruption, as well as proposing progressive regulations for their administrations.

However, such a success is unlikely to happen before the next general election, which observers forecast will be called in 2022.

Thanathorn has confirmed his Progressive Movement will contest the next election for Pattaya mayorship but says “it’s for the Move Forward Party” to decide whether to field a candidate for the Bangkok governor’s election. The careful words are likely aimed at avoiding allegations of intervening in a political party’s internal affairs — a charge that could lead to disbandment of the party involved.

Thanathorn regards Pattaya as “more local” than Bangkok and therefore a legitimate target for his pressure group.

He also said that his group already has at least two potential candidates for Pattaya mayorship.

“The Progressive Movement won’t field any candidate to contest the Bangkok governor’s election. Bangkok is an area for the Move Forward Party,” Thanathorn told the media recently.

Both city polls are expected to be held in the first quarter of next year, capping off the first round of local voting since the elections were postponed following the 2014 military coup. 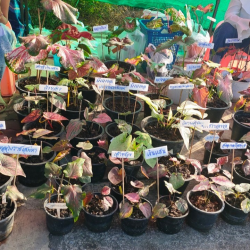 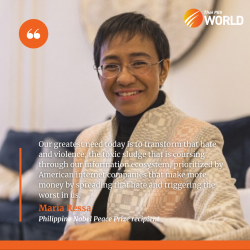