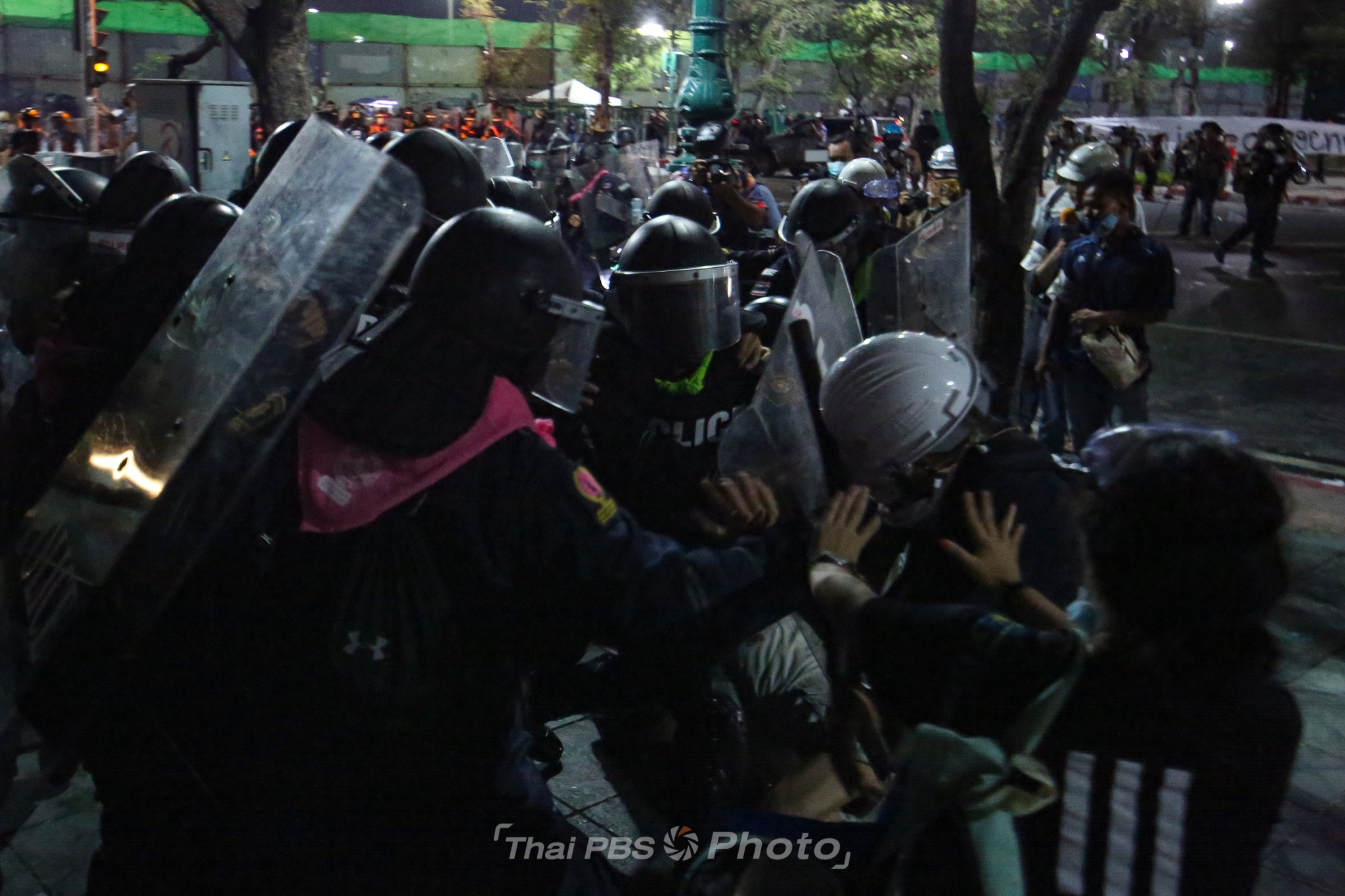 A long trail of damaged decorative plant pots and vandalized portraits of HM the King were strewn along Bangkok’s Ratchadamnoen Avenue, following the dispersal of the violent anti-establishment ReDem protest on Saturday night.

The Phra Nakhon district office mobilized about 100 workers to clean the road and remove the damaged pot plants at 1am this morning.

All the portraits of HM the King, which were positioned along Ratchadamnoen Klang Avenue, were vandalized, allegedly by the protesters, using spray paint.  The decorative artificial flowers, which used to adorn the King’s portraits, were also torn away.

A city official said that workers will erase paint and insulting graffiti from the bases of the King’s portraits and remove the vandalized portraits. 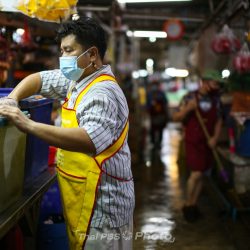 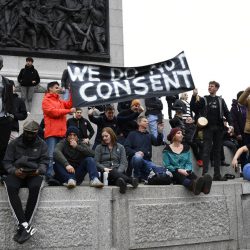