Thai consumers are turning to crocodile meat, as an alternative source of protein, after the price of pork skyrocketed due to the spread of African Swine Fever (ASF) in the country.

A crocodile farm posted on its Facebook page on Monday offering croc meat, starting at ฿70/kg. The post garnered over 4,100 likes and nearly 2,000 comments.

Netizens expressed interest in trying the exotic meat, as the price is much lower than that of pork, which now costs over ฿200/kg. The farm, as well as those who have tried it, confirmed it tastes similar to chicken.

Meanwhile, another crocodile farm in Nakhon Pathom, a province located just west of Bangkok, also said that a growing number of consumers have shown interest in the reptile’s meat and have being buying it as a substitute for pork.

“It is rich in protein, lean and very healthy too,” the Nakhon Pathom farm owner claimed. 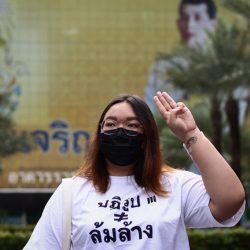