Pope’s Sunday prayer to be livestreamed as coronavirus spreads

Pope Francis wipes his nose during the Ash Wednesday mass which opens Lent, the forty-day period of abstinence and deprivation for Christians before Holy Week and Easter, on February 26, 2020, at the Santa Sabina church in Rome. (Photo by Alberto PIZZOLI / AFP)

VATICAN CITY (AFP) — Pope Francis’s Angelus prayer on Sunday will be livestreamed in a break with centuries-old tradition, the Vatican announced, as the number coronavirus cases topped 100,000.

The World Health Organization called the spread “deeply concerning” as several countries reported their first cases of the disease — which has killed more than 3,500 people and infected more than 100,000 across 94 nations and territories.

The Angelus prayers — normally delivered by the pontiff from his window — will “be broadcast via livestream by Vatican News and on screens in Saint Peter’s Square,” the Vatican said.

The Vatican, which has reported its first coronavirus case, had promised to review the 83-year-old pontiff’s schedule “to avoid the dissemination” of the new COVID-19 disease.

The US meanwhile was battling to contain an outbreak on a cruise ship where 21 people have tested positive.

The Grand Princess has been stranded off San Francisco since Wednesday — when it was supposed to dock — after two people who had been on the ship during its previous voyage contracted the virus. One later died.

US Vice President Mike Pence said the ship will be brought to a non-commercial dock this weekend and all 3,533 passengers and crew will be tested.

The Grand Princess has been stranded off San Francisco since Wednesday with 3,533 passengers and crew on board

The Grand Princess belongs to Princess Cruises, the same company that operates the coronavirus-stricken ship held off Japan last month on which more than 700 people tested positive. 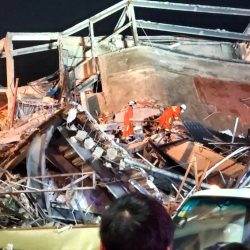 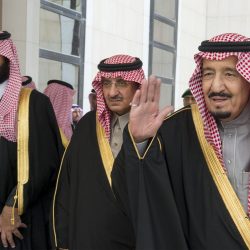