WASHINGTON (Reuters) – U.S. Secretary of State Mike Pompeo took fresh aim at China on Thursday and said Washington and its allies must use “more creative and assertive ways” to press the Chinese Communist Party to change its ways, calling it the “mission of our time.”

Speaking at the Nixon Library in President Richard Nixon’s birthplace in Yorba Linda, California, Pompeo said the former U.S. leader’s worry about what he had done by opening the world to China’s Communist Party in the 1970s had been prophetic.

“President Nixon once said he feared he had created a ‘Frankenstein’ by opening the world to the CCP,” Pompeo said. “And here we are.”

Nixon, who died in 1994 and was president from 1969-74 opened the way for the establishment of U.S. diplomatic relations with Communist China in 1979 through a series of contacts, including a visit to Beijing in 1972.

He said China’s military had became “stronger and more menacing” and the approach to China should be “distrust and verify,” adapting President Ronald Reagan’s “trust but verify” mantra about the Soviet Union in the 1980s.

“The truth is that our policies – and those of other free nations – resurrected China’s failing economy, only to see Beijing bite the international hands that were feeding it,” Pompeo said.

“We, the freedom-loving nations of the world must induce China to change … in more creative and assertive ways, because Beijing’s actions threaten our people and our prosperity,” Pompeo said.

Recalling remarks he made after meeting British leaders in London this week, Pompeo said “maybe it’s time for a new grouping of like-minded nations, a new alliance of democracies,” while adding: “If the free world doesn’t change, Communist China will surely change us.”

Pompeo said “securing our freedoms from the Chinese Communist Party is the mission of our time,” and said America was perfectly positioned to lead it.

He said one NATO ally, which he did not name, was unwilling to stand up for freedom on Hong Kong because it feared restricted access to China’s market.

Pompeo’s speech comes at a time when U.S.-China relations have dipped to their lowest point in decades and President Donald Trump and his Democratic challenger Joe Biden have appeared to compete with each other over who can appear toughest towards Beijing ahead of the Nov. 3 presidential election.

Ties have deteriorated over issues ranging from the novel coronavirus pandemic, which began in China, to Beijing trade and business practices, its territorial claims in the South China Sea and its clampdown on Hong Kong.

In a dramatic escalation, Washington on Tuesday gave China 72 hours to close its Houston consulate amid allegations of widespread spying.

Pompeo said the consulate had been “a hub of spying and intellectual property theft.”

China said the U.S. move had “severely harmed” relations and warned it “must” retaliate, without detailing what it would do.

The South China Morning Post reported China may close the U.S. consulate in the southwestern city of Chengdu, while a source told Reuters on Wednesday that China was considering shutting the consulate in Wuhan, where the United States withdrew staff at the start of the coronavirus outbreak.

Hu Xijin, editor of China’s Global Times tabloid, posted on Twitter: “Based on what I know, China will announce countermeasure on Friday Beijing time. One U.S. consulate in China will be asked to close.”

He had said earlier shutting the Wuhan consulate would be insufficiently disruptive and suggested China could cut U.S. staff at its large consulate in Hong Kong, which he described as an “intelligence center.”

“This will make Washington suffer much pain,” he wrote.

The other U.S. consulates in China are in Guangzhou, Shanghai and Shenyang.

China has four other consulates in the United States – in San Francisco, Los Angeles, Chicago and New York – as well as an embassy in Washington.

Trump said in answer to a question at a news briefing on Wednesday it was “always possible” other Chinese missions could be closed too.

Richard Grenell, special presidential envoy for Serbia and Kosovo who served until recently as acting director of U.S. national intelligence, told Reuters the U.S. strategy was “very much start with one and move on to others if need be.”

“The whole goal is to change the behavior of the Chinese… this is emerging as the Trump doctrine, which is very harsh actions, sanctions and isolation while at the same time always offering a chance to exit if the behavior changes.”

Chinese state media editorials said the U.S. move against the Houston consulate was an attempt to blame Beijing for U.S. failures ahead of Trump’s reelection bid. Opinion polls have shown Trump trailing Biden. 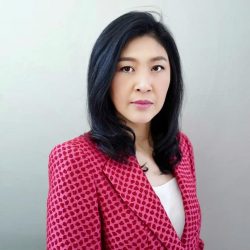 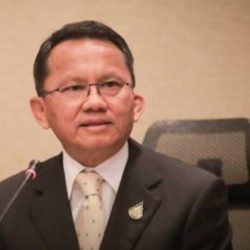