Poll shows Gen Prayut most suitable to be next PM

More than 85 percent of the respondents to an opinion poll agreed that General Prayut Chan-o-cha is most suitable to be the next prime minister whereas the rest insisted that there are other individuals who are more suitable than him.

Most respondents also think that politicians who will be in the post-election government lack the ethics and are not qualified when they were asked about the case of three incumbent ministers who were faulted by the Election Commission for illegal share holding.

Super Poll Research Office sampled the opinions of 1,018 individuals during January 11-12 regarding the ethics of politicians.

Meanwhile, Dusit Poll showed that 63.67 percent of the respondents felt that putting off the election would not be worth the negative consequences as the move would undermine public confidence and the image of the country and cause economic and political instability.

However, 36.25 percent of the respondents agreed with the postponement of the election, noting that it would give more time for the Election Commission in organizing the election.

Also, 48.45 percent of the respondents agreed that putting off the election would give more time for parties and their candidates in electioneering and preparations for the election.

Election was tentatively set for February 24. But the election date is likely to be put off without definite time frame about when it will be held as the Royal Decree on the election of members of the parliament is yet to be promulgated, making it impossible for the Election Commission to set the election date.

Dusit Poll of Suan Dusit University gauged the opinions of 1,029  people during January 8-12. 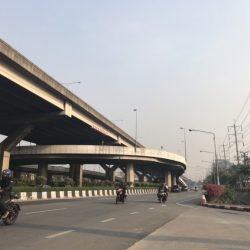