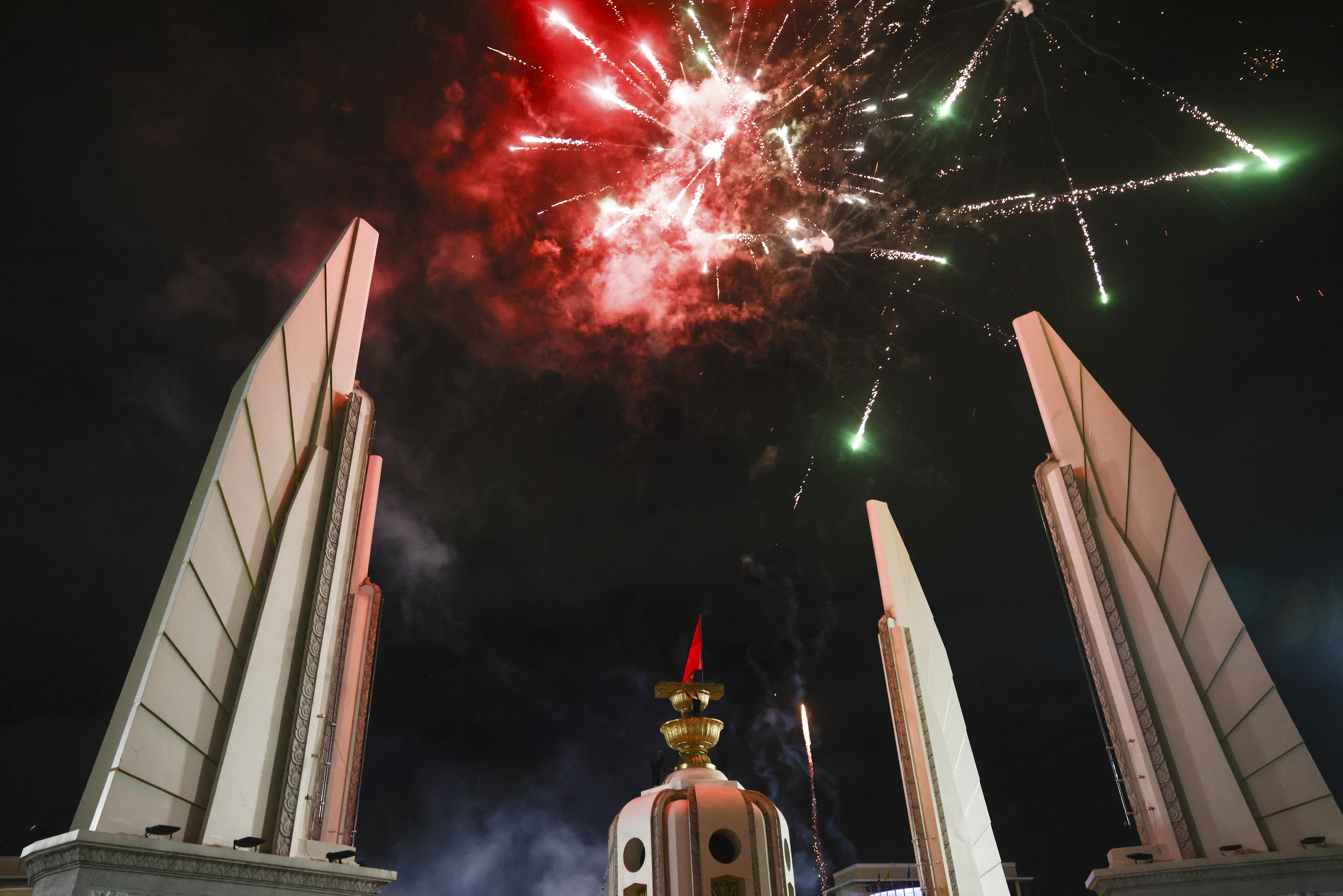 Fireworks explode over the Democracy Monument during a demonstration calling for the resignation of Thailand’s Prime Minister Prayut Chan-O-Cha over the government’s handling of the Covid-19 coronavirus crisis in Bangkok on August 28, 2021. (Photo by Jack TAYLOR / AFP)

Thaksin Shinawatra is trying to get back on stage, whereas Move Forward is struggling to stay on it. Will Prayut Chan-o-cha dissolve the House of Representatives and/or join a new party? What about some sex scandals rocking the new generation of anti-establishment activists? Popular ex-monks who were supposed to turn up the heat on the government after shedding yellow saffron and enjoying freer speeches are doing the exact opposite.

Thai politics is highly fluid at the moment, and more so every passing day. Everyone is buoyed by some good news but coping with bad ones, too. Pheu Thai could not be totally uplifted by the recent by-election win in Bangkok’s Constituency 9 because the party and its “frenemy” ally Move Forward failed to achieve a “landslide” despite Palang Pracharath’s rock-bottom popularity crisis and problems besieging Prayut. The other side, meanwhile, is rattled by open and secretive conflicts as well as unity issues, some big enough to sink the coalition.

Everything is intertwined. Thaksin trying to force his way back can affect Pheu Thai negatively, putting the party on the brink of being deemed controllable externally. The return to the two-ballot electoral system, however, can benefit the biggest opposition party, largely at the expense of Move Forward. Frequent collapses of parliamentary quorums are threatening not only the government coalition, but also the fragile relationship between Move Forward and Pheu Thai. This is not to mention the Bangkok gubernatorial election a few months away that could severe significant ties on both sides of the national divide.

MPs or big political names are either switching sides or threatening to do so. In addition to Palang Pracharath, Prayut now has to handle the Bhumjaithai Party with care. In a recent online session, Thaksin virtually branded Seksakol Attawong a dog that doesn’t have loyalty to the owner and only cares about who hands food to it (no matter where the money that bought the food came from). Seksakol, now with the government, hit back by saying that some dogs owned by robbers may try to heroically bite their owners.

There will be many Seksakols from here on out. Debatable will be whether they run away from or toward robbers. In the current political atmosphere, one can be good guys and bad guys at the same time.

In the very same Clubhouse session, Thaksin all but confirmed that not just ideologies were going into Thailand’s political melting pot. Before, during and after the next general election, many politicians can be influenced by money or vested interests, he suggested.

He sounded frustrated but seemed to suggest that some people under his wings could be on the verge of crossing to “the other side.”

“I have heard that opposition MPs have been hit with vaccination,” he said. “Twenty million baht. Thirty million baht. It was a vaccination rush. … Let me give a warning. … Staying in Dubai, I know everything. … MPs are like fighting roosters. If they win, they are worth Bt300,000 each. But if they lose, it’s Bt35 per kilo.”

Whereas Prayut has been a subject of rife speculation, Thaksin is no different. His attack on the former regarding the restored Thai-Saudi ties did not only bring about “jealousy” taunts, but also stir political feelings at the highest Middle Eastern echelons who are well-connected across the borders.

Move Forward, meanwhile, can count pieces of “good news” with just one hand. It won against Palang Pracharath in Constituency 9 but lost to Pheu Thai in the area. Thanathorn Juangroongruangkit has been saddled with controversies. Anti-establishment protesters have had to deal with image issues on almost a daily basis. Its Bangkok gubernatorial candidate is not anywhere near the independent frontrunner, Chadchart Sittipunt, in popularity polls, despite the party all but dominating the capital in the last general election.

Yet while good moments are few and far between for Move Forward, they are probably rarer for Prayut. In fact, his camp has had to interpret bad news positively to keep him inspired. The departure of Thammanat Prompao and a few other government MPs is “good riddance.” The Constitution 9 by-election loss of Palang Pracharath is not a Prayut defeat, but a voters’ snub of the ruling party that seemed to be drifting away from him. Problems with Bhumjaithai are now “over” and will strengthen the coalition in the long run. Frequent collapses of parliamentary quorums might give him a solid reason to dissolve the House of Representatives and gain some constitutional or electoral advantages.

The Kla Party of former finance minister Korn Chatikavanij and the Thai Srang Thai Party of former public health minister and ex-veteran of Pheu Thai Sudarat Keyuraphan can grow to become major political variables. Both parties’ leaders have images that are less divisive than the rest and may strike the right chord with Thais exhausted by cutthroat politics.

In short, the future is highly unpredictable. On the bright side, a melting pot can produce something unexpectedly good. But the worst-case scenario can’t be ruled out, either. In it, it doesn’t matter who grabs the power after the next election, because the very same things _ reliance on questionable characters, unhealthy nepotism, factional politics in which everyone tries to bargain for his or her own vested interests, ideological time bombs, and etc _ will remain and probably get stronger. 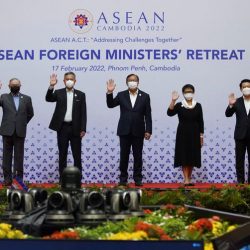