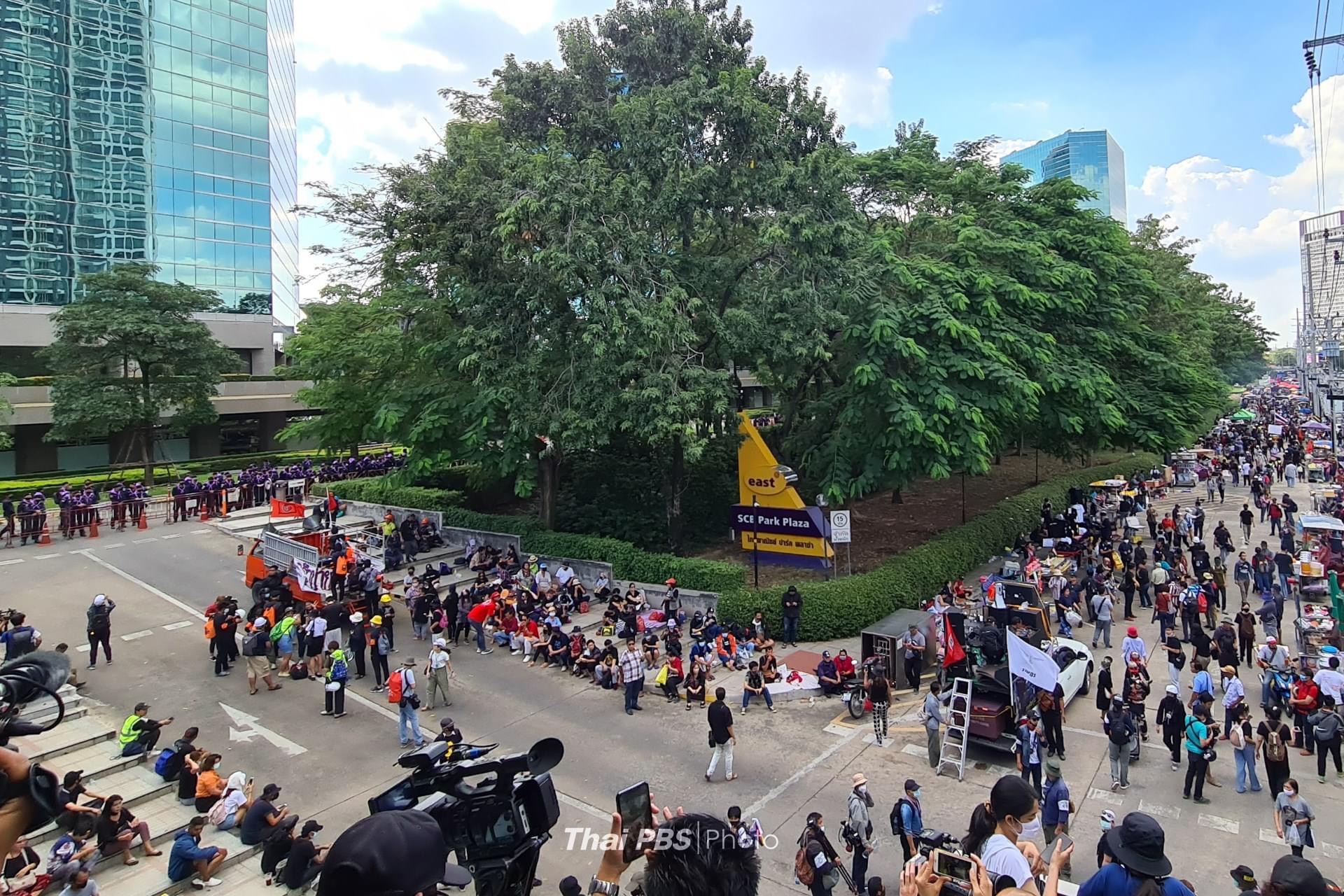 Police are set to issue an arrest warrant for a security guard of the Ratsadon group, who is suspected of shooting another guard after the end of the protest, in the park of the Siam Commercial Bank head office, on Wednesday night.

He said that a personal conflict, related to a past feud between students of two rival vocational colleges, Min Buri Polytechnic and Pathumwan Technic, was the motive behind the shooting.

Active and former students of the two colleges are now serving as security guards for the Ratsadon anti-establishment protest group.

One spent .38 calibre shell was found at the scene of the shooting, said the police, adding that the hand gun, which was used in the shooting, was legally registered.

Meanwhile, a video clip was posted on the “Caser-G-Troy” Facebook page today showing a man lying on the floor of an ambulance, with bandages wrapped around his forehead and chin. He has reportedly been assaulted by other guards after the shooting. 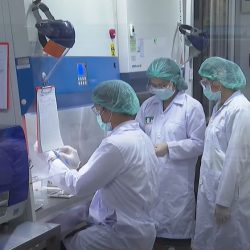 Thailand to sign contract tomorrow for COVID-19 vaccine from Oxford U. and AstraZeneca - PM 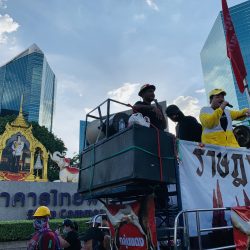