The Office of the Attorney General (OAG) will recommend the police to relaunch an investigation into charges of reckless driving causing death against Vorayuth Yoovidhya, an heir to the Red Bull business empire, in the hit-and-run incident in 2012.

OAG’s Deputy Spokesman Prayuth Phetchkhun said police investigators will also be asked to consider pressing charges of drug abuse against Vorayuth who was found to have substances in his body system that suggested he might have used cocaine.

Prayuth said the move is prompted by findings of an inquiry launched by the OAG into an earlier decision of the public prosecutor to drop all charges against Vorayuth.

Speaking at a conference, Prayuth said what is seen as a new piece of evidence that has emerged in the past few weeks warrants a relaunch of police investigation  into the case.  He was referring to claims by Dr. Suthon Vijanvannalaks of the Science Faculty of Chulalongkorn University who insisted that Vorayuth was driving at a speed close to 177 km/h when his Ferrari rammed into the rear of the motorcycle driven by Pol Sgt Maj Wichian Klanprasert in September, 2012.  Wichian died on the spot.

Dr Suthon was an advisor to the Central Police Forensic Science Division when he was asked to investigate the scene of the incident.  But his conclusion that Vorayuth was driving at 177 km/h was never included in the report of the police investigators that was submitted to the public prosecutor.

Spokesman Prayuth also said despite evidence that there were two chemical substances in Vorayuth’s body system that suggested he might have used cocaine, he was never charged for alleged drug abuses. 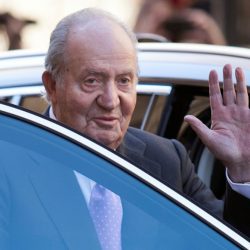 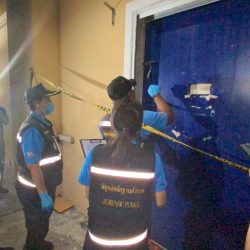