Bangkok police have seized more than 20 homemade cherry bombs under the Din Daeng expressway intersection overpass and in nearby areas, believed to have been hidden there by hard core anti-government protesters for use against the police.

Officers from the explosive ordnance disposal (EOD) unit, the 191 special patrol and operations unit and Din Daeng district police, with the help of sniffer dogs, combed areas under the expressway for more weapons which might have been hidden there.

Besides the explosives, police have also uncovered many glass pellets and disposable lighters since Saturday.

Anti-government protesters, including members of the hardcore Talugas group, held a protest march, from the Democracy Monument to the Victory Monument on Saturday, to demand the resignation of Prime Minister Prayut Chan-o-cha. It is the first such protest after several months of hiatus.

The police kept a close watch on the protest, but did not attempt to stop it as the protest was peaceful and orderly.

In the evening of Saturday, however, the Talugas protesters split away and headed for Din Daeng intersection, which was the scene of almost daily street fights between the group and the police last year.

The protesters fought a running battle, during which police arrested one protester and a police patrol car was torched when the protest ended late at night.

Protests by the same group occurred on Sunday evening, with the hurling of firecrackers and pyrotechnic flares and the firing of glass pellets, using slingshots, at the police. Two police officers were slightly injured.

Police are standing by today (Monday) at Din Daeng intersection in case the protesters converge there again.

Deputy Spokesman for the Royal Thai Police Pol Col Krisana Pattanacharoen said yesterday that they have to enforce the law against violent protesters strictly, claiming that there were more than 250 violent protests last year.

Prime Minister Prayut Chan-o-cha also warned youths among the violent protesters to think about their futures, saying that, when they get caught by the police, they will be charged and prosecuted, according to government spokesman Thanakorn Wangboonkongchana. 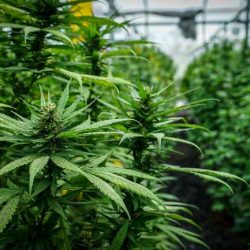 Over 35m logins for cannabis cultivation registration, uncontrolled use warned 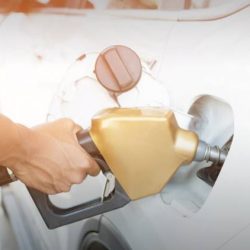 Diesel up by another ฿1 per litre, to ceiling of ฿35, effective June 14