The metropolitan police will remain on the offense in dealing with hard core “Talugas” protesters at Bangkok’s Din Daeng intersection, by preventing them from gathering, said Pol Maj-Gen Jirasant Kaewsang-ek, deputy commissioner of the Metropolitan Police Bureau, today (Friday), after an officer got shot in the head in a clash on Wednesday.

Yesterday, dozens of local police were deployed to the Din Daeng area from 6pm, before the arrival of the young protesters, and they remained there until very late at night. No protesters showed up for the first time in more than two months.

Pol Maj-Gen Jirasant said that police have received good cooperation from residents of the Din Daeng apartments, a sizeable community in the area.

A CCTV clip, from a camera in the car park of a convenience store in Chaturathit Soi 2, which is about 30 meters from where a police officer got shot and seriously injured on Wednesday night, was shown to the media today. It shows some people acting as if they were mustering for something.

Pol Maj-Gen Jirasant, however, said that it could not be determined whether the people seen in the footage were involved in the violent protests or in the shooting of the police officer, adding that police are still trying to track down the shooter.

Pol Lance Corporal Techwit Lettensen was shot in the head with a gun of, as yet, unknown calibre while he was on duty at Din Daeng intersection. The bullet pierced his crash helmet and lodged in his skull. He was rushed to the police general hospital where the bullet was removed from his brain. 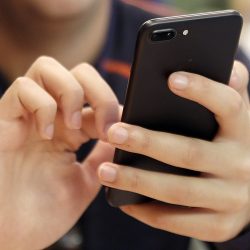