Police Chief admits to difficulties in solving the recent bombings

Thailand’s national police chief admitted today that it was difficult for the police to track down the real masterminds behind the recent bombings and arson attacks in Bangkok and neighboring Nonthaburi province, even though the police have arrested two suspects.

The motives for the recent incidents, he admitted, are difficult to determine because the attacks were prepared meticulously.

Two suspects, 22-year old Lu-ai Sae-ngae and 29-year old Wildon Maha, were arrested in Chumpon province as they were travelling in a passenger van to Narathiwat province from Bangkok. They are among about 25 people thought to be involved in the incidents. Both have been charged with criminal association, possession of explosives and attempted murder.

The national police chief claimed that the suspects had provided some useful information, but are still reluctant to disclose the rewards they were promised.

On arrest, the two suspects each had five sets of clothing in their backpacks, to be changed in the course of their operation to make them hard to identify.

The national police chief also accused the two suspects of involvement in the attack on a marine base in Narathiwat in 2013.

Meanwhile, Pol Lt-Gen Suwat Chaengyodsook, the assistant national police chief, who is in charge of handling the case, told the media that police believe four groups of people were involved, namely a strategy group for planning, the instigators who handled recruitment and issued the orders, the logistics group which provided help before and after the execution of the plan and the operations group which executed the plan, altogether over 25 people, some of whom are thought to have fled abroad. 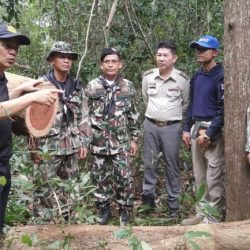 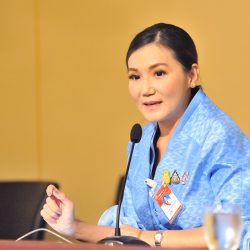 PM did not apologize over oath-taking controversy - government spokeswoman