Prime Minister Prayut Chan-o-cha is scheduled to return to work at the Government House this morning after the night-long rally around the compound by anti-government protesters was dispersed following the imposition of a state of emergency.

All barriers and barbed wires around the Government House were removed this morning as journalists were allowed to enter the compound.

Wang Yi arrived in Bangkok yesterday as guest of Foreign Minister Don Pramudwinai  for a two-day visit to strengthen cooperation between the two countries, according to the Foreign Ministry.

It said the official visit is aimed at strengthening the Comprehensive Strategic Cooperative Partnership between Thailand and China amidst regional and global challenges, including those posed by the COVID-19 pandemic.

Wang Yi is scheduled to pay a courtesy call on  Prime Minister Prayut at the Government House to discuss ways to enhance cooperation between Thailand and China in bilateral and regional frameworks as well as to promote socio-economic recoveries from the COVID-19 situation.

The Government House was closed yesterday before thousands of protesters put it under siege.  Prime Minister Prayut this morning declared a state of emergency that led to a dispersal of the rally.

Government spokesman Anucha Burapachaisri said yesterday the prime minister had a contingency plan to work temporarily at the Defence Ministry if the protest continued. 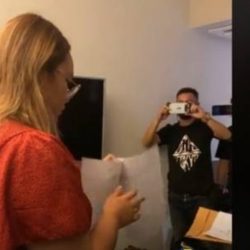 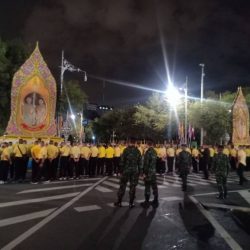