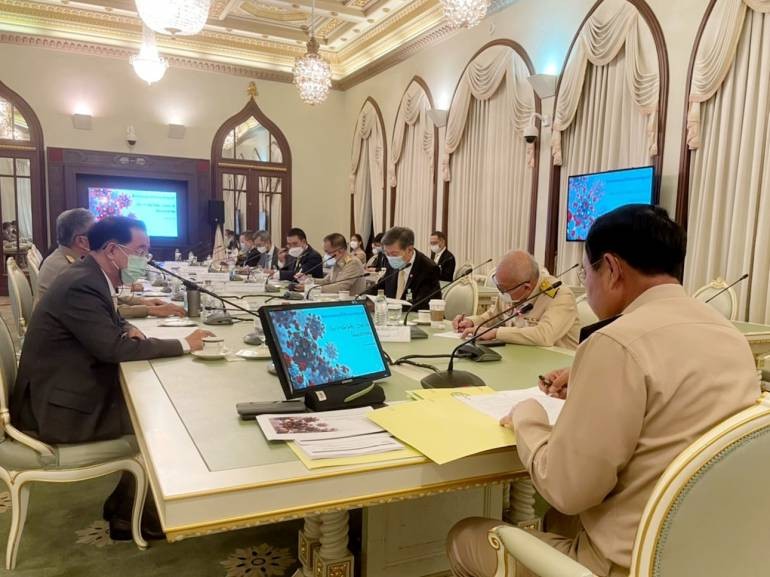 Thai Prime Minister Prayut Chan-o-cha was fined 6,000 baht today for not wearing a face mask while chairing a meeting of his advisory team at Government House.

A picture, showing the prime minister without a face mask, was posted on his Facebook page after the meeting. The post was later deleted, but not before some netizens had already shared it.

Later this afternoon, Bangkok Governor Aswin Kwanmuang, accompanied by the commissioner of Metropolitan Police Bureau and an enquiry officer from Dusit police station, went to Government House to notify the prime minister of his violation of the municipal edict, mandating mask wearing by everyone in Bangkok when not at home, and of the fine for the violation of 6,000 baht.

The governor later told the media that, before he went to Government House, the prime minister asked him whether he had broken the law by not wearing a face mask at the meeting, to which he responded “yes”.

He said the prime minister willingly paid the 6,000 baht fine. 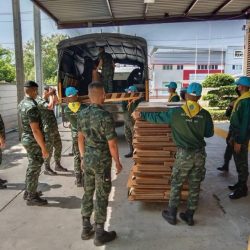