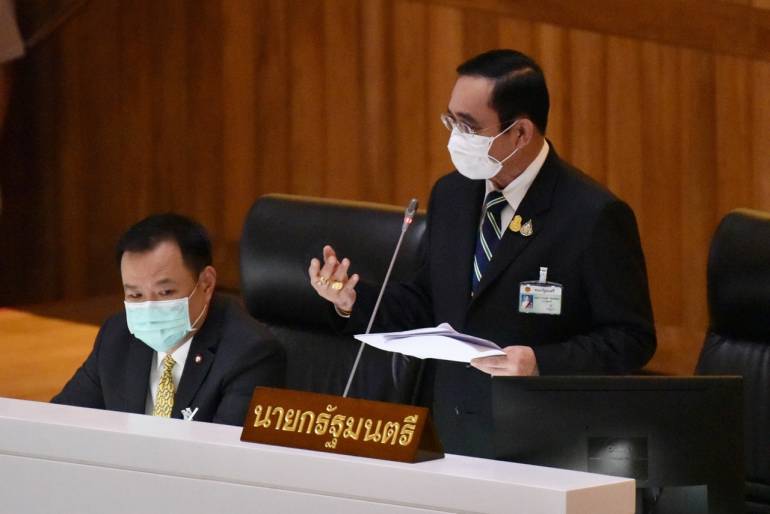 Prime Minister Prayut Chan-o-cha hit back at Pheu Thai MP Visarn Techateerawat, of Chiang Rai province, for accusing him of giving five million baht in cash each to a group of MPs in Parliament during the third day of the censure debate today (Thursday).

The prime minister said that the MPs came to see him to offer their moral support and that he would not be stupid enough to do something similar to the “snack bag” scandal over a decade ago.

That scandal took place in the offices of the Supreme Court’s Criminal Division for Holders of Political Office in 2008, when one of the team of lawyers, representing then prime minister Thaksin Shinawatra, gave a paper bag, containing what he claimed were cookies, to a court official. The bag was subsequently found to contain two million baht in 1,000 baht notes.

The bag was later returned to the lawyer who claimed he gave the wrong bag to the official.

Mr. Visarn caused a stir in parliament during the debate today, by accusing the prime minister of giving cash to a group of MPs in a room on the third floor of the parliament building, purportedly to entice them to vote for him at the end of the censure debate.

“This is outrageous! This corruption! Just because he (the prime minister) wants to stay on in his position, MPs are receiving five million baht each from him in his room. Is this possible in Thailand?” Visarn exploded.

The accusation prompted several Palang Pracharat MPs to protest and demand that House Speaker Chuan Leekpai order Visarn to withdraw the allegation. The Speaker, however, responded by saying that the prime minister would explain the matter later, because he was implicated.

Pheu Thai MP for Chiang Mai,  Jullapan Amornvivat, asked the Speaker to instruct officials to secure the CCTV footage from the third floor immediately, claiming that he had heard that some will try to tamper with the system.

Palang Pracharat MP Veerakorn Kamprakob vouched for the prime minister, claiming that he was among the group of MPs visiting him and did not see any money being given by the prime minister to any of the legislators. 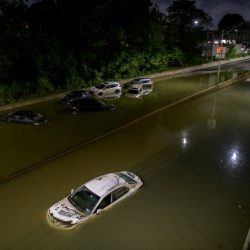 Economic recovery hinges on whether relaxation of lockdown is sustainable