Thailand’s Prime Minister Prayut Chan-o-cha today (Tuesday) defended a proposed extension of the state of emergency for another month, maintaining that such an extension has nothing to do with anti-government protests.

He insisted that the state of emergency is still necessary because the existing laws do not cover some aspects relating to controlling the COVID-10 pandemic, and assured that it is not related to anti-government protests, which can be dealt with under public assembly laws.

The Prime Minister said, however, that he is concerned about the students who joined the protests and has instructed officials handle the protests with caution.

The CCSA’s subcommittee, tasked with considering the easing of lockdown restrictions, agreed at a meeting today to propose extending the state of emergency until the end of August. It is currently due to expire at the end of this month.

The subcommittee’s decision will be proposed to the CCSA, headed by the Prime Minister, which is scheduled to meet tomorrow.

The CCSA is also set to ease the lockdown restrictions further, in the sixth phase, by allowing six groups of foreigners to enter Thailand. They are people who are seeking medical services, trade exhibitors, film crews and migrant workers, from Laos, Cambodia and Myanmar, to ease labour shortage in the construction, service and industrial sectors.

Such foreign arrivals will be subject to mandatory 14-day quarantine. 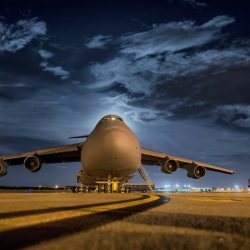 PM confirms he has the list of potential new ministers