An informed government source said that the new restrictions may suffer implementation problems, due to bilateral agreements that Thailand has with those countries.

Meanwhile, government spokeswoman Mrs. Narumon has clarified that the Sattahip naval base, which is being used to quarantine Thai workers who have returned from South Korea, has not been closed, as reported yesterday by Interior Minister Anupong Paochinda.

She said that the state facility is still open and there are about 200 people quarantined there, as public health officials screen them to determine which of them can be sent home for supervised quarantine, adding that the facility may have to accommodate more returnees from South Korea who have been rejected by their communities or by their own families for fear that they may be infected. 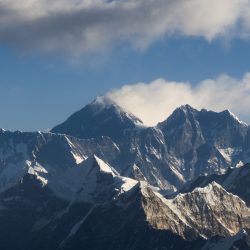 China shuts down Everest over coronavirus