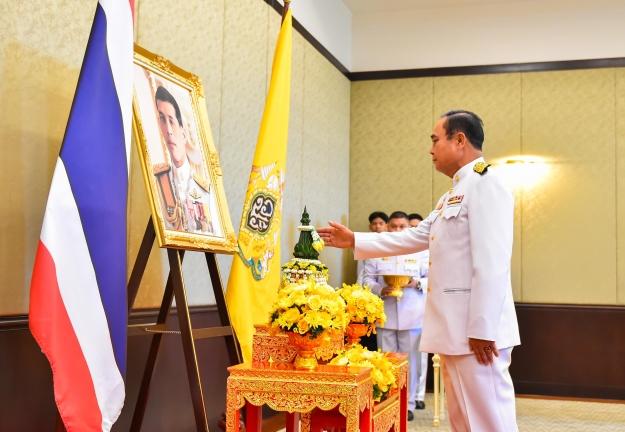 Prime Minister Prayut Chan-o-cha and his cabinet ministers this morning received a signed blessing from His Majesty the King, which His Majesty had delivered during the swearing-in ceremony on July 16.

The unprecedented and brief ceremony was held at about 9am at Government House.

Prior to  the ceremony, the Prime Minister told reporters not to comment on the matter, when he was asked by a reporter about the Opposition’s plan to censure him in parliament over his incomplete reciting of the oath during the swearing-in.

However, the opposition Prachachart party secretary-general Tawee Sodsong said in his Facebook post today that the event this morning could lead to disorderliness and disrespect of the law in the future.

He said that the Prime Minister and the cabinet had violated the Constitution, the supreme law of the land, by not reciting the oath in full and that their unlawful act sets a bad example for the people in the country, which might lead to further division in Thai society.

Meanwhile, chairman of the Ombudsman’s Office, General Witthawat Rachatanant, said today that the ombudsman is expected to issue a ruling later today regarding the oath issue.

He said the ombudsman has two options, put the case to rest or forward it to the Constitutional Court for consideration.

He added that the ombudsman is also due to rule today on a petition from Seri Ruam Thai party leader Seripisut Temiyavet challenging the legality of the election of the Prime Minister in parliament. 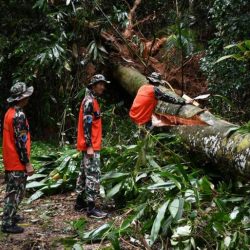