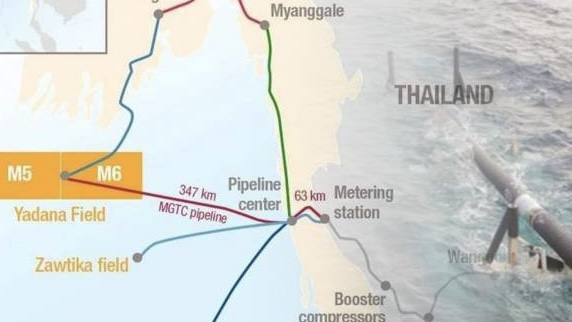 Supply of natural gas to Thailand, from Myanmar’s Zawtika field in the Andaman Sea, has been suspended after a leak was found in the overland pipeline. There has been no report of a fire or explosion and repairs will take about two weeks to complete.

PTT Exploration and Production (PTTEP), a subsidiary of PTT, said in its statement to the Stock Exchange of Thailand (SET) yesterday (Monday) that it had received a report from its subsidiary, PTTEP International in Yangon, of the suspension of natural gas supply following the discovery of the leak.

Officials decided to close the block valve and suspend gas supplies for safety reasons, as an investigation was launched into the cause of the leak.

Meanwhile, according to a military intelligence report, an explosion occurred near a gas pipeline about two miles from a camp of the People’s Defence Force, in Dawei in Myanmar,which was attacked by Myanmar government forces on the night of July 30th. Government forces managed to seize numerous weapons and ammunition from the rebels.

A large crater was found at the scene of the explosion, but no serious damage was done to the gas pipeline. The gas supply was, however, interrupted and pressure had to be adjusted at a block valve station, which will affect natural gas supplies to the Electricity Generating Authority of Thailand’s power station in Ratchaburi province. 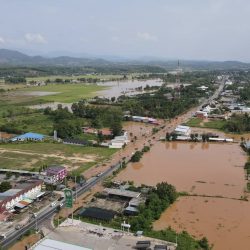 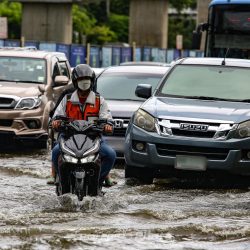