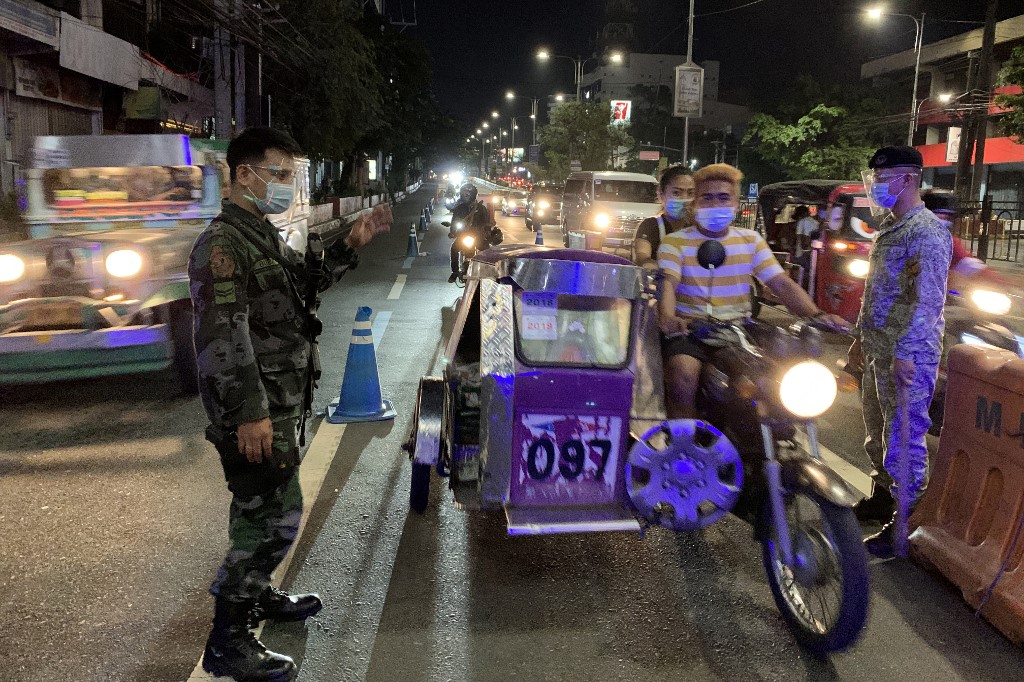 Policemen wearing face masks and shields as a preventive measure against the Covid-19 coronavirus, stand guard at a check point in an almost empty road on the eve of Christmas, in Manila on December 24, 2020. (Photo by Ted ALJIBE / AFP)

Beijing’s top diplomat pledged Saturday to donate half a million coronavirus vaccine shots to the Philippines, Manila officials said — despite growing resistance there to Chinese-made jabs over concerns about their efficacy.

President Rodrigo Duterte’s administration is scrambling to lock in supplies of Covid-19 vaccines for the country’s 110 million people, after being criticised for being too slow off the mark in the global race to procure the drugs.

Among other deals, the Philippines has already agreed to buy 25 million doses of Chinese company Sinovac’s Coronavac, despite the jab not having been approved by regulators in China.

It is not clear which vaccine China will donate, and whether the donation is part of that earlier deal; the Chinese embassy in Manila did not respond to AFP’s request for comment.

China’s Foreign Minister Wang Yi told his counterpart of the intended donation when he was in Manila on Saturday, the Philippines foreign ministry said.

The news follows similar announcements from other countries in the region earlier this week – Cambodia said it would receive one million free doses from Beijing on Friday, after Myanmar was set to get 300,000.

Duterte has actively sought closer ties with Beijing since taking power in 2016, and has defended Chinese vaccines in the face of widespread misgivings over their effectiveness.

Although trials in Turkey found Coronavac to be 91.25 percent effective, other, more robust trials in Brazil only demonstrated an efficacy rate of around 50 percent.

Duterte came under fire last month after he revealed that members of his security team had been given a jab made by another Chinese company, Sinopharm, even though it had not been approved for use.

Nearly half a million people have been infected with the virus in the Philippines, with almost 10,000 fatalities.

Health officials have warned of a possible spike in cases following the Christmas holidays, religious parades and a confirmed case of the more infectious strain first identified in Britain. 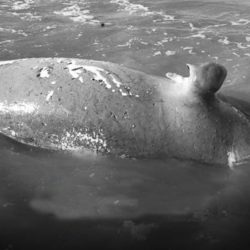 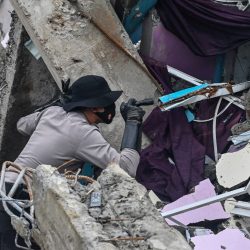