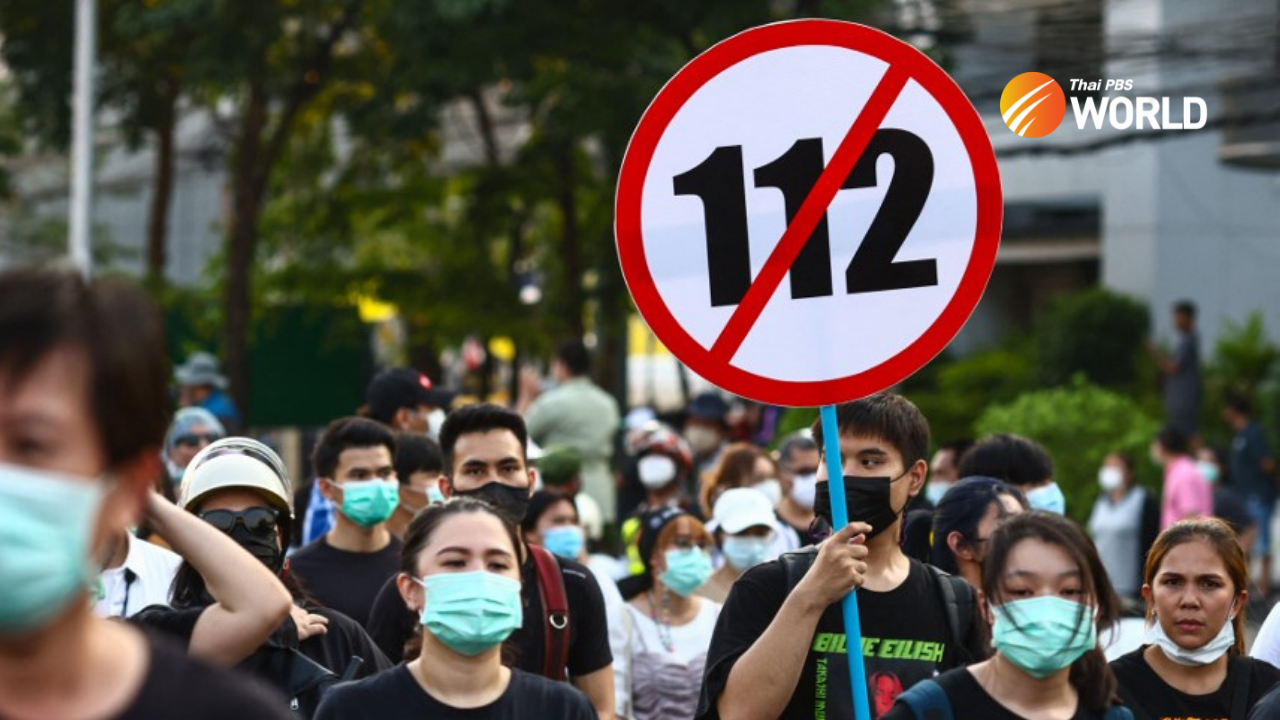 A pro-democracy protester holds a sign refering to Thailand’s lese majeste royal defamation laws during in a demonstration marching toward the residence of Thailand’s Prime Minister Prayut Chan-O-Cha in Bangkok on February 28, 2021. (Photo by Jack TAYLOR / AFP)

Main opposition party Pheu Thai has once again disappointed its reformist supporters, after backtracking on its maiden push to amend the lèse-majesté law. Pheu Thai pulled out of an effort being spearheaded by the Move Forward Party.

Pheu Thai’s surprise push and then pullout – occurring over just a few days – has left the country’s second-largest opposition party with no allies in its steadfast campaign for major changes to the draconian law.

Analysts are unconvinced that Pheu Thai really wanted to change Article 112 of the Criminal Code, which makes it illegal to insult the monarchy. For them, the former ruling party simply wants to woo young voters ahead of a general election expected next year.

Article 112 states that “Whoever defames, insults or threatens the King, the Queen, the Heir-apparent or the Regent shall be punished with imprisonment of three to 15 years.”

Lèse-majesté prosecutions have risen sharply since the 2014 military coup, with leaders of anti-establishment protests arrested after openly insulting the Thai monarchy. Police complaints have also been filed against people using social media to attack key members of the royal family.

Pheu Thai’s U-turn came as no surprise to Titipol Phakdeewanich, dean of Ubon Ratchathani University (UBU)’s Faculty of Political Science, as the main opposition party “has neither strong commitment nor real intention” to push for reform of the power structure, including the monarchy.

“It was just a one-off event. Whenever the party faces a strong reaction from conservative groups, it chooses to compromise,” said Titipol.

Pheu Thai launched the push last Sunday (Oct 31) with a statement signed by Chaikasem Nitisiri, the party’s chief strategist and key legal adviser, supporting amendments to the lèse-majesté and sedition laws – articles 112 and 116 of the Criminal Code.

The move raised hopes in the monarchy-reform movement, which is campaigning for the draconian law to be abolished or at least altered substantially.

November 4, 2021 Prime Minister Prayut Chan-o-cha has made clear that his government will not amend the country’s controversial lèse majesté law, as is being demanded by some opposition parties and anti-establishment groups.

However, just two days later, Pheu Thai’s de facto leader Thaksin Shinawatra declared that Article 112 was “never a problem”. Any trouble was caused by “wrongful enforcement” of the law, he added.

The following day, Pheu Thai’s new leader Cholanan Srikaew denied that the party was pushing for a contentious amendment to the lèse-majesté law.

He explained that Pheu Thai was merely acting as a vehicle to bring proposed amendments to Article 112 for debate in Parliament.

Meanwhile, Somsak Jeamteerasakul, a self-exiled historian charged with lese majeste after the 2014 coup, disputed Thaksin’s claim that Article 112 was never a problem. The reality, Somsak said, was that the ex-PM did not dare openly support scrapping the law.

Nine years ago, under the government led by Thaksin’s sister Yingluck Shinawatra, a civic group submitted a draft bill to amend Article 112. However, the draft was rejected on grounds that the group had no constitutional right to propose it.

Wanwichit Boonprong, a political scientist at Rangsit University, agrees that Pheu Thai “has no real intention” to amend Article 112. For him, its initial support for the amendment was aimed at wooing young voters back from Move Forward.

“Pheu Thai won’t go all the way. It just hopes to reclaim support from moderate voters, not the hardliners [ardent critics of the lèse-majesté law],” said Wanwichit.

Young people make up a large proportion of the electorate. In the previous general election of 2019, voters aged 18 to 25 – most of them casting their ballots for the first time – numbered 7.3 million, or 14 percent of the total 51.4 million voters.

Reform-minded voters view Pheu Thai as insincere in its calls to abolish the lèse-majesté law and reform the monarchy. Critics often accuse Pheu Thai and the Shinawatra family, which has retained strong influence over the party, of employing a dual-prong strategy of “fighting while still kowtowing”.

As a result, Pheu Thai has lost support from critics of the law and younger voters pushing for reform of the Thai monarchy.

It seems that Pheu Thai wants to snatch supporters away from Move Forward, which is popular among young people while trying not to break with conservatives, Wanwichit said.

However, for UBU’s Titipol, the U-turn by Pheu Thai won’t have any significant impact on its popularity, as its traditional support base is older voters whereas the younger generation tends to lean towards Move Forward.

Thailand’s opposition Move Forward Party announced its determination to push for amendments of the lèse majesté law (Section 112 of the Criminal Code), warning that, if the law remains in its present form, resentment and resistance may escalate to breaking point, resulting in repeal.

Move Forward announced last Thursday (Nov 4) that the party would maintain its push for changes to Article 112, even though Pheu Thai’s pullout meant there was insufficient support for parliamentary debate.

Party spokesman Wiroj Lakkhanaadisorn said Move Forward would carry on a parallel campaign with supporters on the streets. “We must be patient and not give up,” he said.

Move Forward’s campaign for substantial changes to Article 112 is strongly backed by the Progressive Movement, which is composed of key figures from the court-disbanded Future Forward Party, including former law lecturer Piyabutr Saengkanokkul.

“The time is over for Article 112,” Piyabutr wrote on Facebook on Wednesday (Nov 3), describing the law as problematic in terms of interpretation, enforcement, and the ideology governing it.

He added that the law is being abused by the powers-that-be for political advantage, noting that about 150 lese majeste cases are currently in play.

Prime Minister Prayut Chan-o-cha has voiced opposition to the push for changes to Article 112, saying the move was damaging the country’s most revered institution.

“This matter is vital to the country’s security. Don’t destroy something that is revered by Thais across the country,” he said. 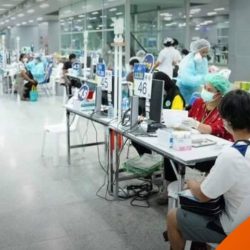