Pheu Thai MP for Maha Sarakham province has sought police protection after he was allegedly assaulted by a fellow Pheu Thai MP in the office of party leader Sompong Amornvivat in the parliament compound this afternoon (Tuesday).

Mr. Yutthapong Charatsathien alleged that he was aggressively slapped on the head by Khon Kaen MP Nawat Dohcharoensook, and his two bodyguards allegedly restrained him allowing him to be attacked without being able to defend himself.

The violent incident was related to a heated argument last week during a meeting of the House committee on expressways in which Mr. Yutthapong and Mr. Nawat expressed conflicting views on the issue being discussed by the committee.

After the attack, Yutthapong said he dare not leave the party leader’s office for fear of being assaulted again and he called the superintendent of Makkasan police who sent an officer to accompany him to the police station to file a formal complaint against Nawat.

Yutthapong said that he would lodge a petition directly with the national police at the Royal Thai Police head office tomorrow to seek police protection. 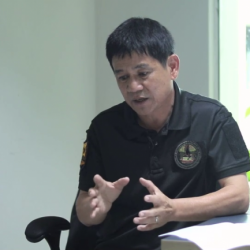 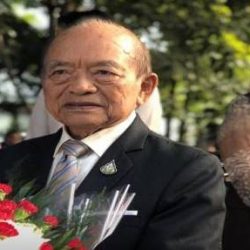