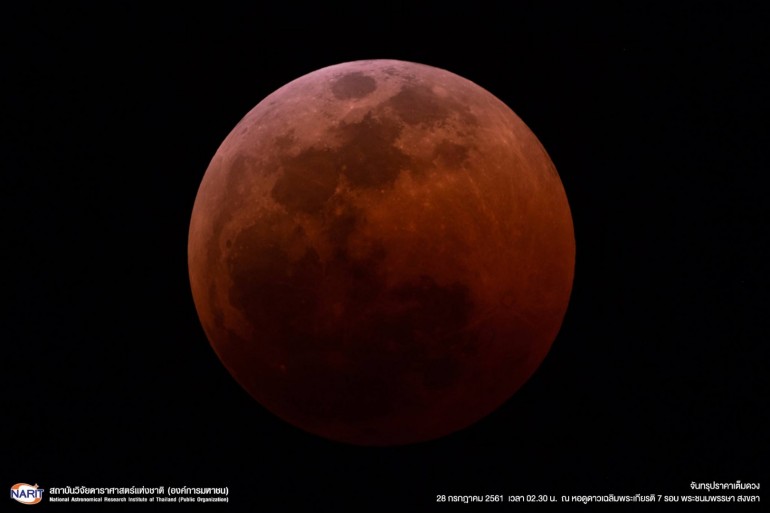 Stargazers around the world this morning watched the spectacular event as the moon turned “blood red” in a total lunar eclipse for an hour and 43 minutes — the longest of the century.

The National Astronomical Research Institute of Thailand (NARIT)  this morning unveiled images of the eclipse taken from the Chalerm Phra Kiat Observatory 7 in the southern province of Songkhla.

What is described as “the longest total lunar eclipse of the 21st century” started at 2.30am and lasted until 4.13am, a total of one hour and 43 minutes. 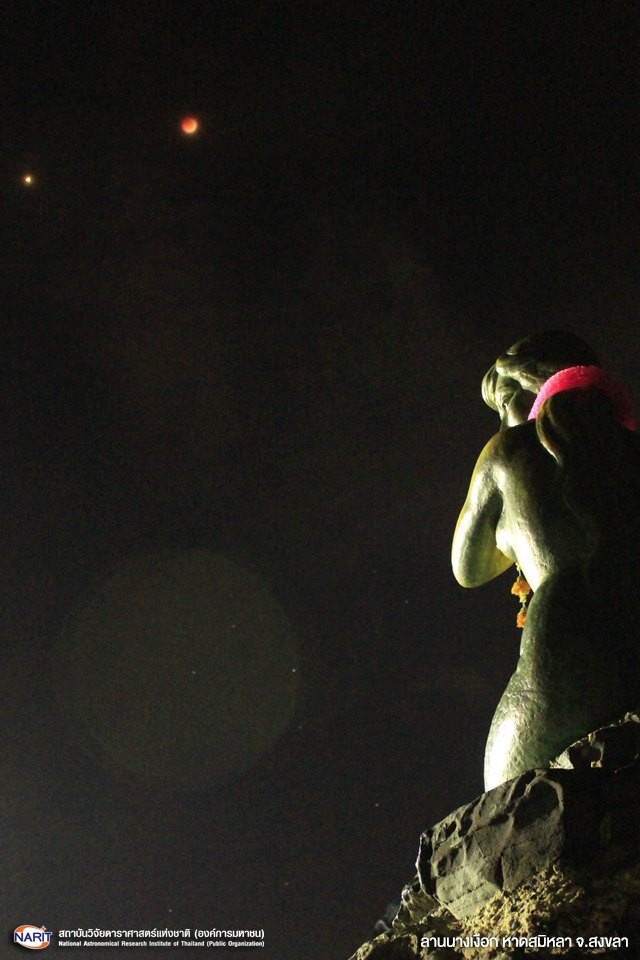 The eclipse also featured a so-called “micro full moon” because the moon was furthest from Earth than at any time in 2018 and appeared smaller than usual. A lunar eclipse occurs when the earth passes between the sun and the moon, casting a deep shadow over the moon’s surface.