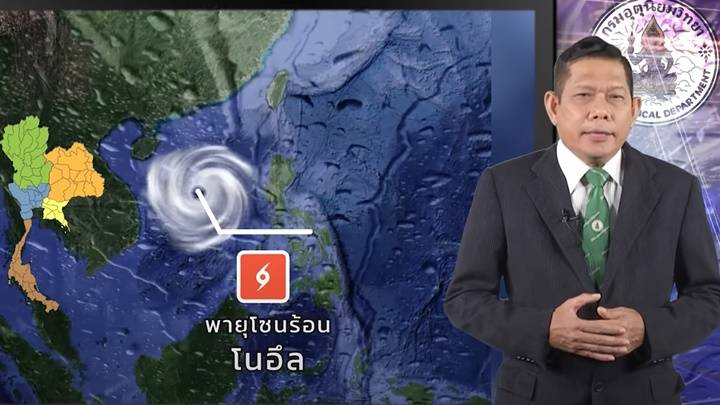 Riverside residents in 24 northern and northeastern provinces of Thailand have been warned to brace for flash floods or runoffs as tropical storm Noul, currently a Category 3 storm likely to become Category 5 or a typhoon, is forecast to shower the regions with rainfall of between 150-200mm from tomorrow until Sunday.

Mr. Samroeng Saengphuwong, Deputy Secretary-General of the National Water Resources Office (NWRO) and Secretary of the National Water Directorate, said today that four regional offices of the NWRO have been instructed to notify the provinces at risk of flooding to take precautions and to inform the people there in advance.

The Royal Irrigation Department, for instance, has taken steps on water management at dams and reservoirs in the Northeast, which is expected to be hit first by Noul, by discharging water to make room to store water brought by the storm.

A coordination centre, to assist affected people, has been set up in the northeastern province of Roi-et, whereas the Department of Prevention and Mitigation of Public Disasters has coordinated with provincial public relief centres and a network of civilian volunteers, local administration organizations and the private sector to prepare equipment. The Yom, Nan, Pasak, Songkhram, Huey Luang, Huey Mong, Moon, Chi, Nam Phung, Saebok, Saeby and Nam Yong rivers, in the North and the Northeast, are forecast to overflow and inundate areas along their banks.

Mr. Samroeng said that most reservoirs in the North and the Northeast are less than 50% full and, therefore, there is no danger of dams overflowing, while small and medium-sized reservoirs are mostly 80% full and water management is necessary.

The storm, he said, is increasing in strength as it approaches Vietnam and is likely to develop into a typhoon, adding that the department is closely monitoring whether it weakens into a tropical storm as it sweeps through upper Thailand.

The northeast, he said, is forecast to be showered with more than 90mm of rainfall and the storm command centre in Ubon Ratchathani province will update the situation hourly. 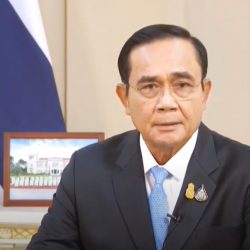