Party politics rocked by year of splits and a dissolution 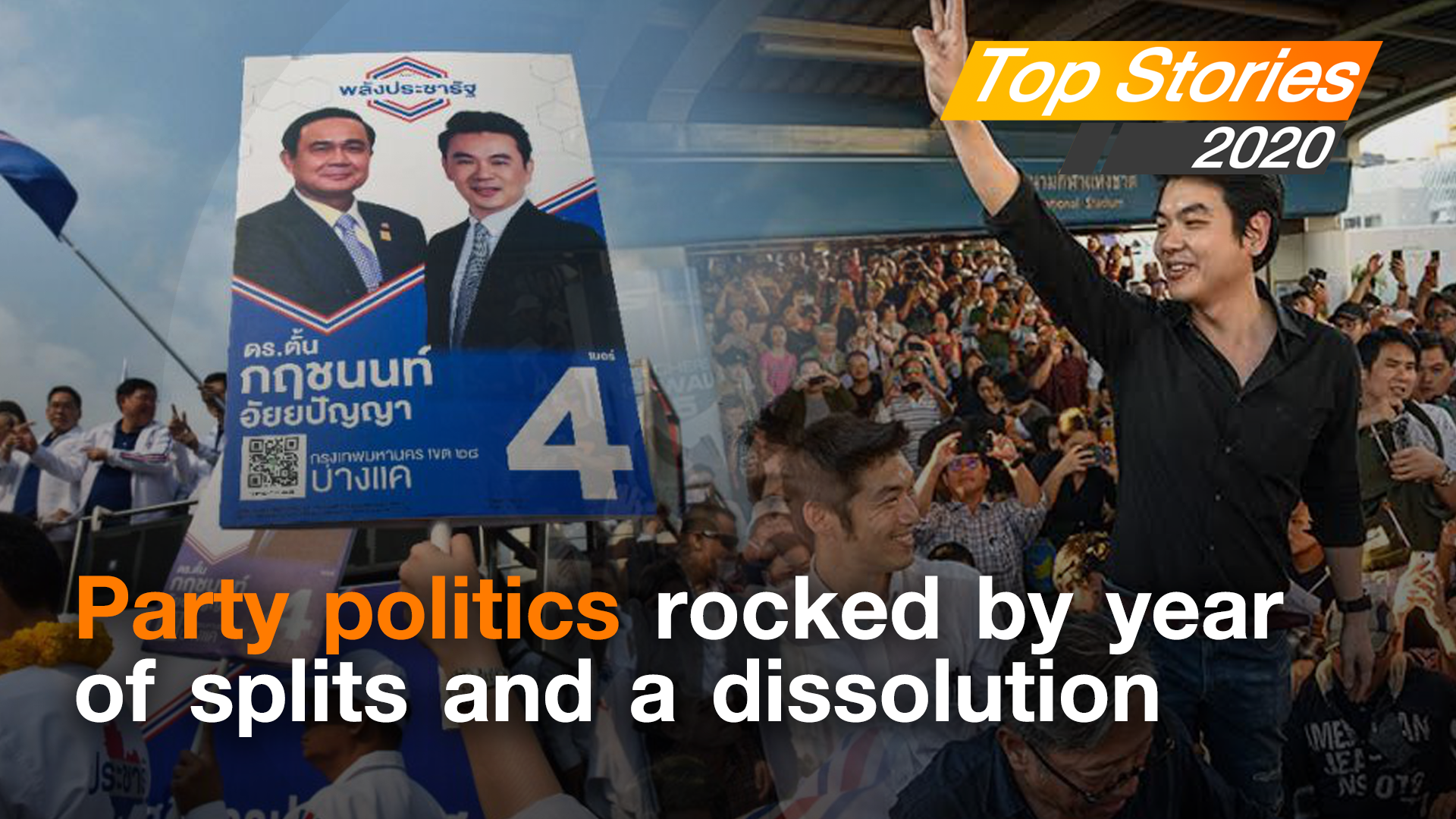 The year 2020 saw many changes in Thailand’s political landscape, highlighted by shake-ups in major parties.

Though only months had passed since the 2019 election, parties and politicians were unable to avoid political upheaval in which they and their strategies were overhauled.

Future Forward gone but not forgotten

It started on February 21 with a court ruling to dissolve the Future Forward Party led by young tycoon-turned-politician Thanathorn Juangroongruangkit.

The Constitutional Court disbanded the popular upstart opposition party for receiving a Bt191-million loan from its leader during last year’s election campaign. Thanathorn was also among 16 Future Forward executives banned from politics for 10 years.

The court decided that Thanathorn’s loan to fund the party constituted “other benefits” under Article 66 of the Political Parties Act, which limits donations to Bt10 million per donor per year.

The dissolution of Future Forward opened a Pandora’s box after its mostly young supporters complained it was politically motivated.

The March 2019 election had seen Future Forward become the third largest party in Parliament after winning more than 6 million votes. Its success was driven by young voters supportive of its calls for democratic reform and removal of military influence in politics.

One day after the court ruled to dissolve the party, the Student Union of Thailand staged the first flash mob in the name of justice and democracy. Since then, students nationwide have been organising regular rallies on their campuses.

Though the protesters were initially motivated by the perceived unfair treatment of Future Forward, their demands later expanded to a rewrite of the Constitution, removal of Prime Minister Prayut Chan-o-cha and reform of the monarchy.

The ongoing student-led protest has since become the largest rally by students since the October 1973 uprising that ended the military regime of Thanom Kittikachorn. 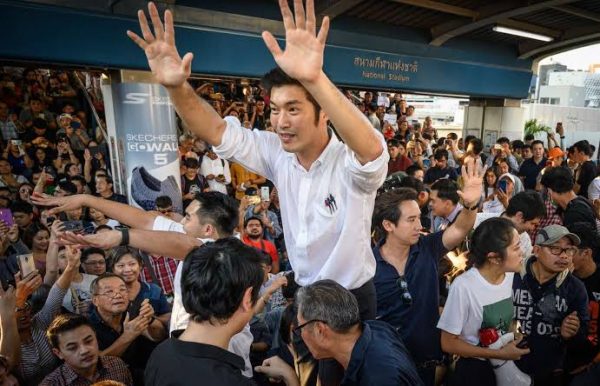 While the dissolution of Future Forward weakened the opposition after strong leaders like Thanathorn and Piyabutr were ousted from Parliament, the ruling coalition led by Palang Pracharath appeared to get stronger.

Electing Prawit as the party chief strengthened the party’s link with the now-defunct National Council for Peace and Order junta and showed the military’s determination to maintain its grip on Thai politics.

Observers said having Prawit at the helm would boost the Prayut government’s stability. Known as “Big Brother”, Prawit commands widespread respect in the armed forces, and also enjoys strong connections with business tycoons and politicians across the political divide. 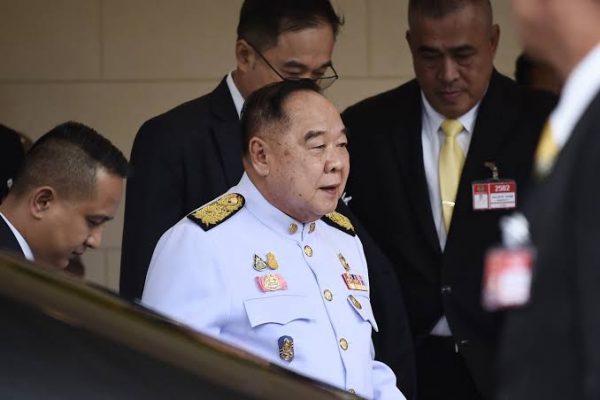 The Pheu Thai Party won the largest number of constituency seats in the March 2019 general election but failed to form a government. Since then, the largest opposition party has been in disarray. The party affiliated to fugitive ex-prime minister Thaksin Shinawatra has suffered a leadership upheaval in the past few months as factions within Pheu Thai fought to control the helm.

In June, Thaksin’s inner circle, the so-called “October People” led by former Pheu Thai secretary-general Phumtham Wechayachai, broke away to create a new political group called “CARE”. These heavyweight politicians are thought to have split from Pheu Thai after becoming dissatisfied with then chief strategist Khunying Sudarat Keyuraphan’s management style and wishing to counter her influence.

In October, Pheu Thai’s leadership was overhauled after the reported intervention of Thaksin’s ex-wife Khunying Potjaman Na Pombejra. The revamp saw Sudarat, once one of Pheu Thai’s three candidates for prime minister, stripped of her status and her close aides denied places in the executive leadership.

In November, Sudarat resigned from Pheu Thai, an incarnation of the now-defunct Thai Rak Thai which she co-founded in 1998. According to reports, she will establish a new party with former Pheu Thai MPs who have defected to her side, though it will remain allied to Pheu Thai. 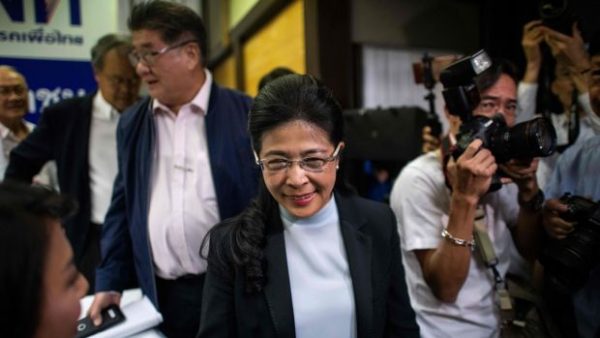 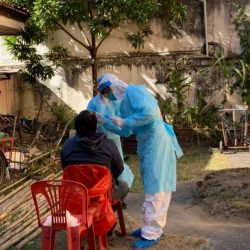 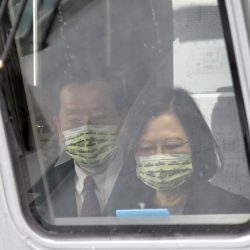