A semblance of normality has started to return in Bangkok’s two popular public parks, Lumpini and Rodfai (railway), in beauty salons and barber’s shops as well as eateries inside and outside malls, although the number of customers is still small.

At the Rodfai Park, several joggers showed up as early as 5am, despite overnight rain and morning mist, when the park’s gate opened.  Some joggers told Thai PBS that they are happy the park is open again, because it is more fun and relaxed to exercise in a spacious and green environment than at home.

Lumpini Park, which is a favorite location for many elderly Thais of Chinese descent to practice Tai Chi, an ancient Chinese form of exercise, chat and drink morning tea together, sprang to life this morning with regular joggers and exercise enthusiasts returning. The ban on social gatherings is, however, being strictly enforced, as is social distancing and mandatory wearing of face masks at all times in the park.

A fried chicken vendor, at the Kim Yong fresh market in Hat Yai district in the southern province of Songkhla, said in his Facebook post that, despite the easing of lockdown measures, many people are still scared to visit markets, so they remain eerily quiet today.

A barber’s shop owner in Laksi district of Bangkok said that, although there were few customers this morning, it is better for the shops to be open, because he has to pay rental fees every month.

At a supermarket in Bang Sue district, its car park, which has been half-empty every day for the past several weeks, contained more cars today as more shoppers showed up, but only a handful of customers were seen at the indoor eateries.

An official at one of the outlets said he is optimistic that more customers will return in the near future. 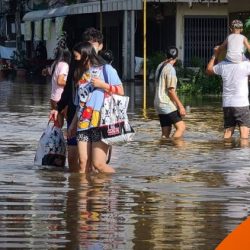 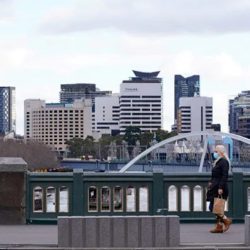 Australia aims to 'live with virus' instead of eliminating it