Japanese police, and parents of a Japanese tourist killed at Sukhothai historical park 12 years ago, are due to meet with Justice Minister Somsak Thepsuthin tomorrow (Wednesday) to follow up on the investigation.

Mr. Somsak said today that updated findings are expected in the next three weeks from forensic investigators, who have been testing DNA samples from more people suspected to have been involved in the murder.

He said that none of the around 300 DNA samples tested to date match the samples found at the crime scene.

The 27-year old victim, Ms. Tomoko Kawashita, visited the Sukhothai historical park alone on November 25, 2007.  She was found stabbed to death near Wat Saphan Hin, with her personal belongings missing, though her bicycle was found beside her body.

A suspect was arrested by the police, but was eventually released due to a lack of direct or circumstantial evidence.

Mr. Somsak vowed that he would try his best to bring the perpetrator to justice, saying that the tragic incident has harmed tourism in Sukhothai province.

The Department of Special Investigation took over the case in 2013, but there has been no progress since. 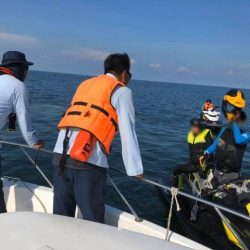