More than 5.7 million people, out of about 10 million who registered to receive 7,000 baht each under the Rao Chana stimulus scheme, have passed the screening process and will be eligible for the cash subsidies, said Kulaya Tantitaemit, inspector-general of the Finance Ministry on Monday.

The ministry will announce the names of those who passed the screening on its www.เราชนะ.com site from today and those who have registered can check online.

Those who failed the screening process can appeal for a review of their cases through the same website from today until March 8th.

Those who are eligible for the 7,000 baht join people who currently hold state welfare cards and those who are included in the Pao Tang database. Altogether there will be about 27 million people who will receive the support.

The first instalment of 2,000 baht cash will be wired into the accounts of the two other groups on February 18th, to be followed by weekly instalments every Thursday until the 7,000 baht is reached.

Ms. Kulaya warned stores participating in the Rao Chana scheme to comply strictly with the conditions, failing that they will be suspended from the scheme and payments will be stopped.

Recipients of the handouts are also encouraged to report any stores who have over-priced their goods or services to authorities. 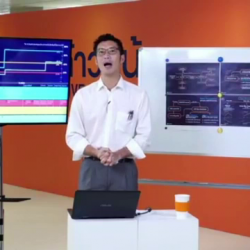 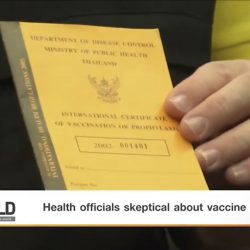