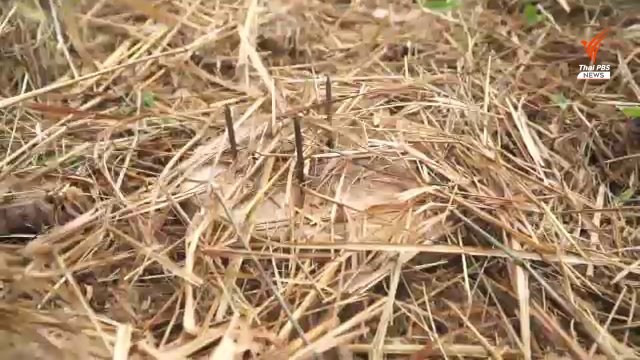 A complaint was lodged with police in Phu Luang district of the north-eastern province of Loei yesterday (Saturday), by officials of Phu Luang wildlife sanctuary, against some villagers who allegedly set elephant traps around their farms and a pond.

The officials also presented some of the traps to the police as an evidence. They said that the setting of animal traps is an offence against the Wildlife Preservation and Protection Act and perpetrators are liable to a maximum prison term of 10 years and/or a one million baht fine, if found guilty by a court.

An official said villagers had previously used firecrackers to chase the elephants away and this was the first time that traps were found near the sanctuary.

Petch Manopavit, secretary-general of the Green World Foundation, said Saturday that he had received a report from forest officials in Loei stating that forest rangers had found more than 100 elephant traps in close proximity to the Phu Luang wildlife sanctuary.

The crudely-made traps are made of circular-shaped pieces of tree trunk, about one foot in diameter, with 5-6 long nails protruding, some of which were rusty.

The traps are believed to have been set by farmers to protect their sugarcane crops from being eaten by elephants, which venture out of the wildlife sanctuary in search of food.

According to Jirachai Arkhachan, chief of the Phu Luang wildlife research station, blood stains have been found on some of the traps, indicating that some elephants might have stepped on them.

He said that forest officials have tried to convince sugarcane farmers to switch other cash crops, such as chilli, or to raise honey bees, instead of relying on sugarcane, which is a favourite food of animals, adding that most understand the need to adapt to co-exist with animals, but some do not. 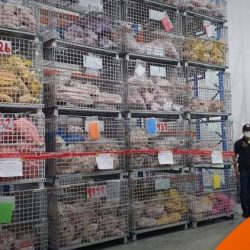