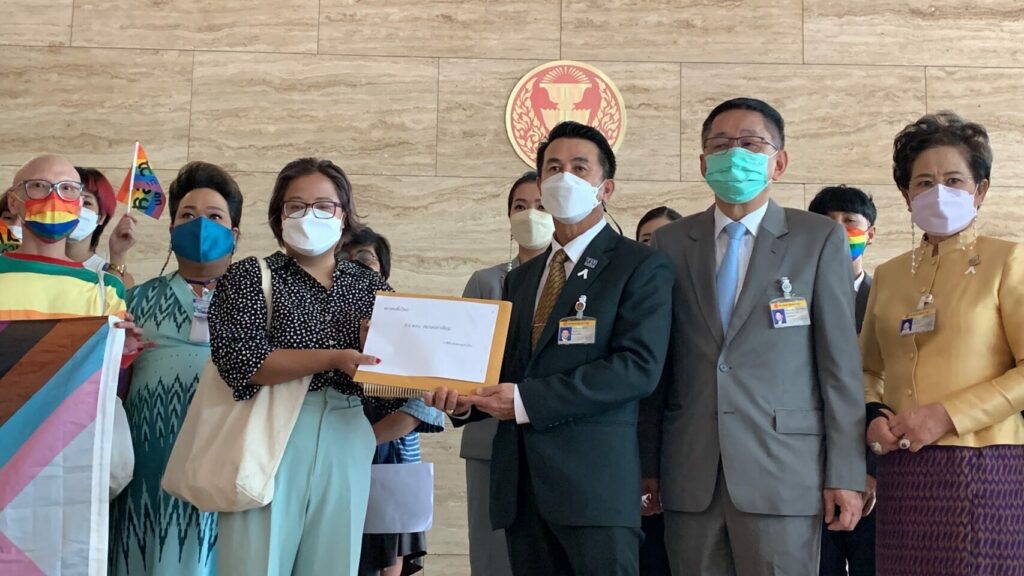 The Rainbow Alliance, an advocacy group for equal rights for same-sex couples, has sought support from the opposition Pheu Thai party, to push their draft bill on equal marriage rights through parliament.

The group’s move today follows a ruling by the Constitutional Court on November 17th that only the law allowing only heterosexual marriage is constitutional. The court, however, observed that relevant agencies, responsible for enacting laws, could explore means to protect equal marriage rights.

Pheu Thai party leader Cholanan Srikaew, who accepted the Rainbow Alliance’s draft, told its representatives that the party has been working on this issue since the government of prime minister Yingluck Shinawatra.

He pledged the party’s support for the group’s initiative, saying that, once the House committee on affairs concerning vulnerable people, such as the LGBTQ+ community, disabled people, the elderly and children, has completed a similar draft, the Pheu Thai party will adopt it as its own and will submit it, along with that of the alliance, to the House for deliberation.

Cholanan also recommended that the group drop its idea of collecting one million signatures to support its draft, saying that the process of checking the authenticity of all those signatures by the Secretariat of the House of Representatives is too time consuming and may not be in time for the current parliamentary term ending in February.

Pheu Thai MP for Khon Kaen province Mukda Pongsombat and chair of the House committee, has been working on the party’s own version of a draft bill on a similar issue, he said, adding that it would not be difficult for the bill to be approved by parliament, if all parties agree on the basic principle of equal marriage rights for all genders. 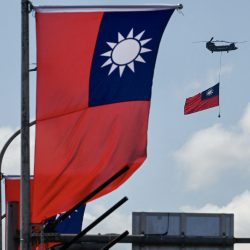