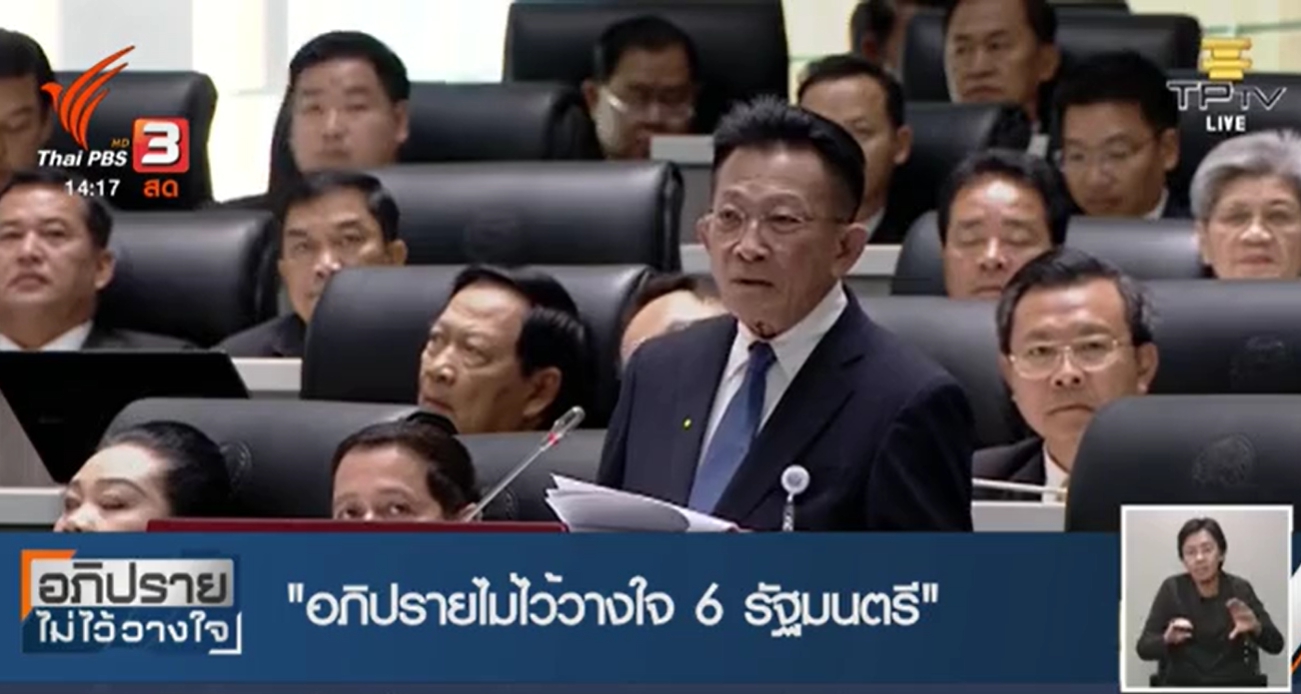 Opposition leader Sompong Amornvivat opened up with rapid-fire salvos against the administration of Prime Minister Prayut Chan-o-cha, accusing it of complete incompetence, failure in national administration, corruption, nepotism and widespread misuse of power.

Kicking off the censure debate this afternoon, he accused the Prime Minister of failing to build public confidence in democratic rule, assuming the premiership without majority endorsement, undermining the confidence of the international community and distorting the principles of justice by using judicial processes to intimidate his political opponents.

On the economic front, Sompong accused the Government of complete failure, starting with the destruction of the grass root economy, by abruptly scrapping all farm subsidies in 2014-15, following up with benefitting big business through the introduction of the state welfare card scheme, the EEC project and numerous major infra-structure projects, as well as the introduction of more populist schemes, such as the Chim-Shop-Chai (Eat, Shop-Spend) scheme, before and since the March 2019 general election, to curry favour among the poor. On corruption, he said that Thailand’s ranking in Transparency International’s Corruption Perception Index of had fallen from 96th to 99th place.

The opposition leader also accused the Prime Minister of mental instability and immaturity, manifested in his emotional outbursts against members of the media, adding that, because of all the Prime Minister’s shortcomings and failings, he cannot trust the administration of Prime Minister Prayut to run the country properly.

Responding to the attacks, Prime Minister Prayut said that he was elected to the premiership with more than 250 House votes, not including the votes of senators.

He dismissed the accusation that he does not adhere to democratic principles and defended military intervention to end political violence and restore peace and order, leading up to the drafting of a new Constitution and a general election.

Before the coup in 2014, the Prime Minister claimed that Thailand had almost become a failed state and he asked the opposition to examine the prior administration’s misconduct, ranging from the midnight passage of a general amnesty bill to the widespread corruption in the infamous rice pledging scheme.

He said that his government has never arbitrarily jailed or breached the rights of other people.

Regarding the Section 44 special executive power, under the interim Constitution, he said it was used to solve some chronic problems, such as human trafficking and illegal fishing, but the law has now been abrogated.

On populist schemes, he said that they are meant to help those who earn less than 100,000 baht a year, adding “I end my speech here and I am in a good mood. I am a gentleman and a former soldier. I have to keep my word.  I don’t want to mess with other people. I just want to explain what is useful and ask that the Opposition listen to my responses so they can be used to solve the problem.” 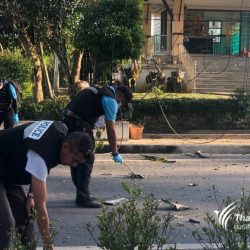