Opposition MPs have protested against what they allege is too much time being given to cabinet ministers to address the censure accusations and have proposed the convening of a special session for the debate.

On the second day of the censure debate today (Tuesday), there were periodic disruptions by opposition MPs protesting against ministers spending too much time defending themselves against the Opposition’s accusations which, they claimed, will reduce their time for debating, with the likelihood that several opposition MPs may not get to speak.

Pheu Thai MP for Chiang Mai, Chulapant Amornvivat, said there are still about 40 opposition MPs waiting to speak and, with two more days before the debate is due to end, they may not get the chance to speak.

Opposition chief whip Suthin Klangsaeng said that, although ministers have the right to defend themselves, they should consider who, the Government or the Opposition, should be given more time.

He cited the case of one MP’s challenge, against which five ministers took to the floor to defend themselves, as being disproportionate as he threatened to scrap the gentlemen’s agreement between the sides on the sharing of debate time.

Prime Minister Prayut Chan-o-cha, who attended the debate today, responded that the Government merely used its allotted time, while advising that the Opposition should manage its allocated time accordingly.

Parliament, said the Prime Minister, should not be used as an arena for MPs to attack one another, but as a venue to educate and inform the people.

He went on to say that, on issues which are related to several ministries, it is necessary that all the ministers concerned are able to respond. 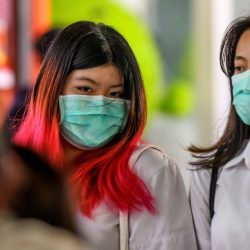