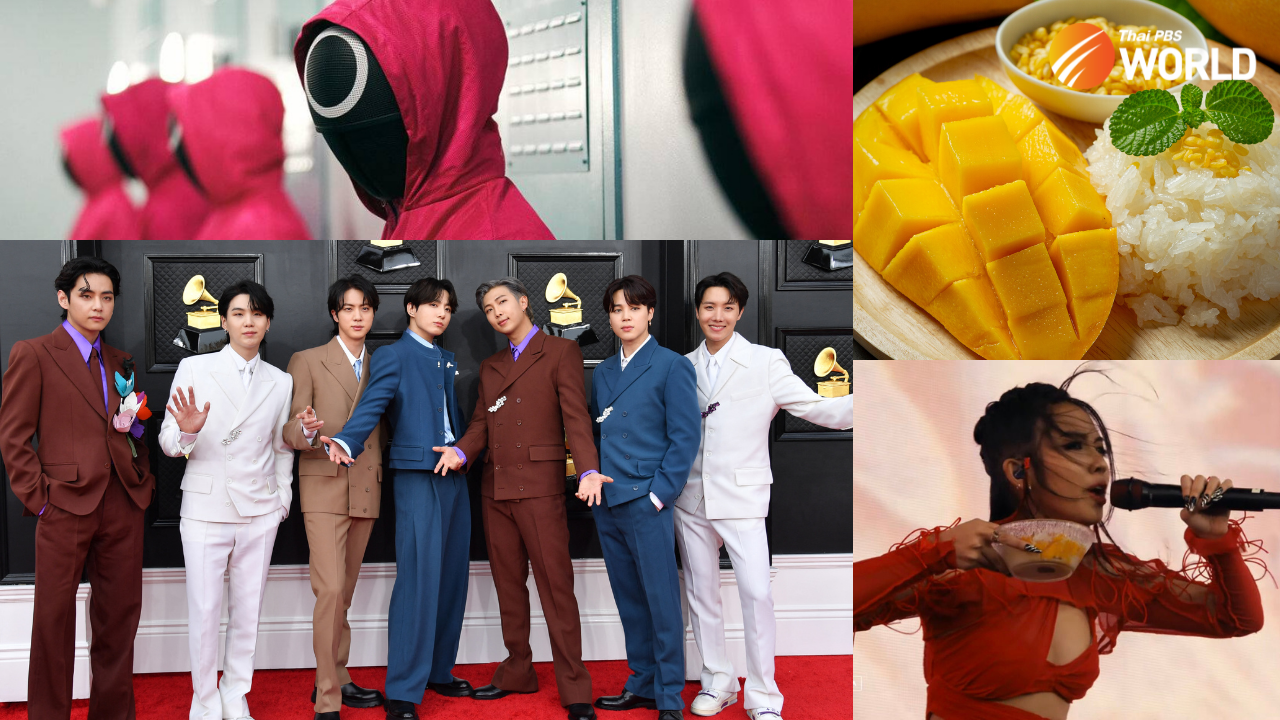 After female Thai rapper, Danupha “Milli” Khanatheerakul, ate mango sticky rice during her Coachella concert performance a week ago, the Thai dessert suddenly became a hot item and has been selling like hot cakes since.

This is not the first time a Thai food or product has become a top trending item, whether it has been presented by famous celebrities or featured in the international media.

Unfortunately, such hype is somewhat short-lived and nowhere near South Korea’s success in its use of soft power, commonly known as the “Hallyu Wave”.

Whether its music, drama or any other form of entertainment, South Korean content has remained popular and it has succeeded in becoming a global phenomenon over the past decade. Such international success also induced fans to dive into other aspects of its culture, whether its food, fashion, beauty, language or anything Korean.

The most recent example is the Dalgona candy, which suddenly became popular after the Squid Game TV series achieved international success, despite being a “retro item”, with its original popularity back in the ‘70s and ‘80s.

In fact, South Korea’s soft power is not just about going after transitory trends, it is the country’s long-term strategy to export its cultural identity to the world. This soft power has had a significant impact in boosting South Korea’s economic growth and has helped enhance its position in geopolitics. One momentous event was when Gangnam Style singer “PSY”taught the iconic horse-riding dance to then-UN Secretary General Ban Ki-Moon in 2012.

South Korea’s strategy began in the late ‘90s, the same time asthe country was shifting towards democracy, while experiencing economic issues due to the Asian financial crisis. Back then, the South Korean government approved budgets to promote its culture, arts and entertainment in the global market, with Korean TV series and music as their starting point.

Fast-forward to today, and a long-list of K-pop groups have been well received among international fans, with a handful of songs listed on the Billboard Charts and many acts performing world tours and collaborating with world-famous artists.

The tremendous success of K-pop boy group “BTS”, for example, contributed almost 5 billion US dollars to the South Korean economy per year. Their success also afforded them numerous golden opportunities, such as performing in American awards shows and making historical appearances at the United Nations General Assembly.

Returning to Thailand, our country has a number of strengths, including tourism, food, traditions, fabrics, history and the list goes on, but why has Thailand not been able to enjoy the same success as South Korea?

Associate Professor Buppa Lapawattanaphun, of the University of the Thai Chamber of Commerce’s Faculty of Communication Arts, says that Thailand has potential to be like South Korea, or even Japan.

Unfortunately, Thailand has missed plenty of opportunities to enhance its soft power. The marketing communications expert also feels that Thailand has plenty of great “products” which can attract global attention, but does not know how to present it effectively. Not only that, the Thai government has never implemented a national strategy to support it, which she thinks is Thailand’s biggest weakness.

“Do we really value soft power? We can see from what’s happening right now, it shows that we haven’t been taking this seriously,” she said.

“The government and related ministries must come up with a plan, not wait for someone famous to approach you. Soft power will make an impact once you know the purpose of it. If you’re going to use soft power to boost the economy, you need a systematic plan for what you’re going to promote and how you’re going to add to its value to reach the global market.”

As for the mango sticky rice buzz in Thailand, Associate Professor Buppa took the opportunity to complement Milli’s promotion of the Thai dessert on the Coachella stage.

“Milli knows how to use this opportunity to promote a Thai product, which also links to the cultural image of the country, instead of only promoting herself. We can say it was done at the right place and at the right time and the mango sticky rice hype has indirectly boosted the local economy.”

In a way, Thailand has enjoyed some success, even without the government’s help. In recent years, Thai dramas and films that have been distributed on Netflix and other streaming platforms,such as WeTV, have been well received by international viewers.

Famous Thai drama, “Love Destiny” (Bupphesanniwat), known for its depiction of Thai history and culture, enhanced by a romantic-comedy storyline, resulted in thousands of tourists flocking to historical parks and temples in Ayutthaya, in traditional Thai costumes. Even Thai dishes featured throughout the series were also in high demand.

The Thai series was also very popular outside the kingdom. Apart from its availability on Netflix, it was aired on television in 26 countries across Asia, including South Korea, Hong Kong, Malaysia and Singapore.

“A Girl from Nowhere” was also very popular on Netflix, reaching the top 10 most-streamed series in several countries, including in the Philippines, Vietnam, Brazil and Peru. The series itself also became a top-trending topic on China’s social media, Weibo, with many influencers wearing Thai school uniforms to mimic the main character.

So-called “T-pop” groups are getting more recognition, both in Thailand and in nearby countries. With new boy bands and girl groups popping up here and there and now a proper music show to showcase these talents, there is still a long way to go for Thailand in creating a “T-wave”.

We can say that Thailand’s original content and elements have been recognised internationally, with the help of the Internet and streaming platforms. If, however, there is strong support from the government, with a serious long-term strategy to promote the country’s soft power, Thailand will see its own unique phenomenon, like South Korea, instead of a temporary hype.

“Don’t just praise, because praising is temporary,” said Associate Professor Buppa, defining a harsh-reality during the interview. “Think about how you can enhance this. If you have great products, but you don’t know how to sell them, how can you create value out of it commercially? What a pity that we have never promoted it seriously enough.” 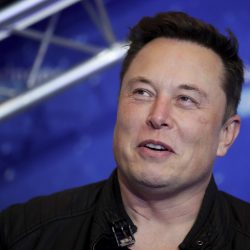 Elon Musk buys Twitter for $44B and will take it private

A second chance for Macron and France