Looking back over the past year, Thailand’s overall relations with all the great powers have been cordial and have moved in the right direction, except, that is, with the US.

Thailand, the “old and great” friend of the US has been deliberately neglected by Washington, as if both have become enemies.

Since the Biden administration came to power, Thai-US relations have been riddled with fault lines. It’s almost as if they have fallen under a mysterious spell. Both countries have missed great geopolitical opportunities to re-energize their over two hundred year old friendship.

When President Joe Biden wanted to underscore his administration’s dedication to putting America back into the global scheme of things, through allies and friends, the Interim National Security Strategy Guidance stated what Washington had in mind. It was made clear that both Russia and China were identified as adversaries. Within the region, Singapore and Vietnam were specifically named as US strategic partners, with a cursory mention of ASEAN. Sadly, Thailand was a non-entity. The omission, deliberate or not, has caused much anxiety among Thailand’s security leaders.

When high-ranking US officials, including Vice President Kamala Harris and Defence Secretary Lloyd Austin, were scheduled to visit the region, Singapore and Vietnam were again chosen as US strategic stopovers. By mid-year, it was as clear as sunrise that the much heralded Thai-US relations were not on America’s strategic priority list.

Washington dispatched senior officials to Bangkok, including Deputy Secretary of State Wendy Sherman and Assistant Secretary of State Daniel Kritenbrink, to warm relations. With the ongoing crisis in Myanmar, the US is also racing against time to find ways to assist ASEAN and Thailand in their current humanitarian efforts, as the US Congress continues to increase sanctions against Myanmar.

To rub salt further into the wound, the White House did not include Thailand on the list of 110 countries invited to attend the “Summit for Democracy”. In fact, Bangkok did not care much about the invitation. Bangkok knew ahead of time that it would not be invited, as the initial list was drawn up as early as October. The Thai leaders were more concerned with the longstanding American perception of the country’s current political system. To identify Thailand as a dictatorship is a misnomer and has caused unspoken anger against the US.

Whether or not the policymakers in Biden’s White House are aware of the volatile political situation in Thailand, the approach to its 1954 ally, so far, has been a bit problematic, especially during the pandemic. As the Ministry of Foreign Affairs was preparing to welcome US State Secretary Antony Blinken for his maiden visit to Southeast Asia in mid-December, the face-to-face meeting was cancelled at the last minute due to a COVID-19 infection among the entourage traveling with him. Fortunately, Blinken and Don Pramudwinai, Thailand’s foreign minister, were able to exchange phone calls and notes, promising to meet soon. Don was also invited to Washington.

In the coming year, if Washington continues on its current trajectory and with its current perception, without making any re-assessments, Thai-US ties will continue to falter. In the past months, the Biden administration has promised a lot for the region’s future development and progress, be it in vaccine donations, infrastructure, digitalization, cyber security or technological innovation, among others, but the region needs tangible cooperation plans, especially in efforts to recover from the negative impacts caused by COVID-19 and in boosting its capacity to act independently.

At the end of November, Thailand will host the APEC leaders’ summit in Phuket. Biden’s visit to Thailand, if it happens, will serve as another indicator of future ties with the US. If he decides to come, he would also have to make an official state visit, like his predecessor former president George W Bush, who was the guest of late King Bhumibol Adulyadej in 2003. The US will succeed Thailand as the chair of APEC 2023.

Given the current strategic landscape, it is about time to renovate Thai-US relations with dual purposes in mind, namely to assess strengths and weaknesses, as well as to map out their common future which would take into consideration their historical ties and contemporary engagement in the post pandemic world. 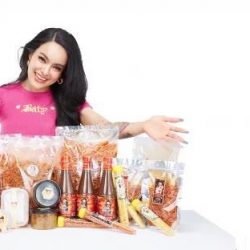