After German troops invaded Poland in 1939, triggering an armed conflict that was to spread to virtually every part of the world, human beings made the most of their fledging ability to fly to the most tragic and self-destructive effect. Imagine they do the same with their post-World War II creations of military drones and nuclear missiles if the Ukraine crisis spirals out of control.

World War II ended with human beings’ adaption of their latest technology, supposedly created for the pursuit of new energy for the greater good, showing a glimpse of what a new global war would be like. While Little Boy and Fat Man needed humans to transport to the enemy zones and drop them, current atomic bombs don’t.

Just as warplane pilots in World War II must have marveled at how fighters before them used swords, spears and arrows in face-to-face battles, those sipping coffee inside drone-operating centers and the ones who have world destruction at their fingertips a million miles away from conflict zones must be wondering how it would feel like to dive-bomb against a barrage of surface-to-air artillery.

The Ukraine conflict has seen amassing of troops, recruitment of mercenaries, and tank rearrangement among other conventional military activities, but it has also brought the staggering number of nuclear warheads to light. Public records put the number just under or around 15,000, enough to destroy every existing city on earth (one with at least 100,000 residents) with some 1,500 warheads to spare.

But maybe we don’t have to go that far. Human beings’ military sophistication may have reached a point where the highest commanders would not take a chance like their predecessors. New military technologies break new grounds, but they also take away battlefield courage and top leaders’ feeling of bunkered security. Superpowers went into the previous world wars to test technologies, but technologies are freezing them up.

So, fears that it might be an apocalypse instead of a World War III are what’s holding everyone back. Are such fears allowing Vladimir Putin to go unchecked as of now? Maybe. He is probably exploiting such fears. Or he just meant it when he said anyone trying to stop him would regret it. Yet whether he was bluffing or not, it is unwise to try to find out.

A few days ago, he fired the new hypersonic Tsirkon missile, which by many accounts would make World War II look totally ancient. Tsirkon is a scramjet-powered weapon said to reach a speed of Mach 8 (eight times the speed of sound), or 9,800 km/h. Such speed, it is claimed, means it can’t be intercepted by any existing missile defense systems and can reach any key European target in the blink of an eye if it is within the missile’s 1,000-kilometre range.

The missile can be armed with a nuclear or conventional warhead and has been tested several times over the last few years. It’s the latest launch location that worries Russia’s opponents and neutral watchers. The speed, range and potential can prompt large-scale strategic military rethink all over the world. Some say a “new normal” is happening in global military affairs, which will be even more closely related to diplomacy and politics anywhere on the planet.

If World War III breaks out, the death toll can dwarf those of the previous world wars. It is estimated that between 15 million and 22 million people died as a result of World War I, depending on how countries recorded their deaths. World War II more or less tripled the toll. The current nuclear warheads, it is said, can kill roughly half of humanity if detonated simultaneously.

How paranoid should the world be? The answer is “a lot”. Paranoia is bad, but it’s the only thing preventing a full-scale escalation of the Ukraine conflict, hence an unavoidable price to pay. After all, bomb shelters and surface-to-air defense systems will work far less efficiently this time. 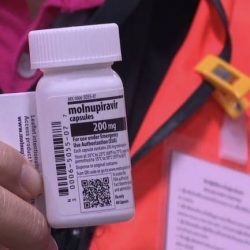